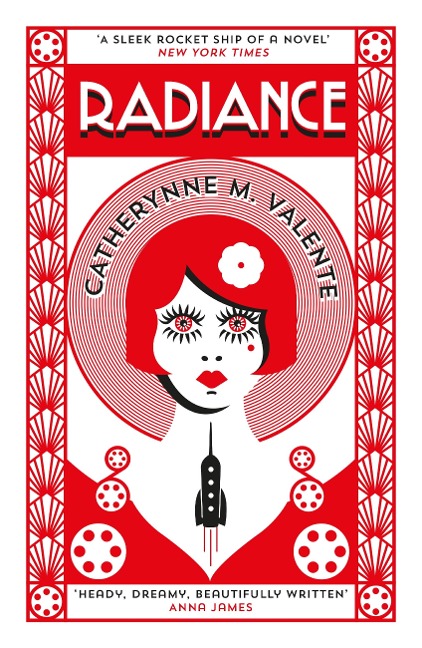 Severin Unck is the headstrong young daughter of a world famous film director. She has inherited her father's love of the big screen but not his exuberant gothic style of filmmaking. Instead, Severin makes documentaries, artful and passionate and even rather brave - for she is a realist in a fantastic alternate universe, in which Hollywood occupies the moon, Mars is rife with lawless saloons, and the solar system contains all manner of creatures, cults and colonies.

For Severin's latest project she leads her crew to the watery planet of Venus to investigate the disappearance of a diving colony there. But something goes wrong during the course of their investigations; and her crew limp home without her.

All that remains of Severin are fragments. Can these snippets of scenes and shots, voices and memories, pages and recordings be collected and pieced together to tell the story of her life - and shed light on the mystery of her vanishing?

Clever, dreamy, strange and beautifully written - Radiance is a novel about how stories give form to worlds.

From Mathematics to Generic Programming

Lord of the Darkwood