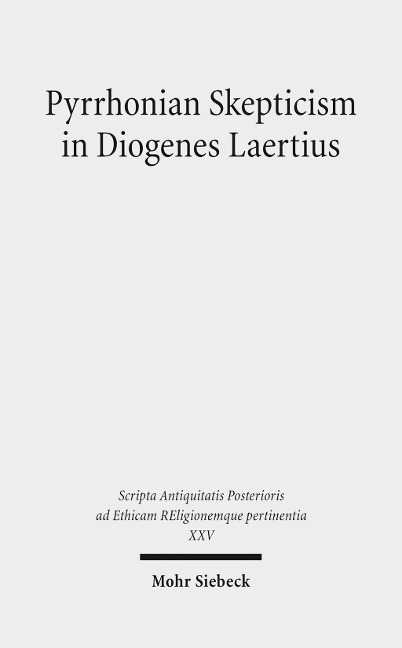 Pyrrhonian skepticism has gradually gained a stellar reputation. Rather than being dismissed as extremist and evidently implausible, as it often was in the past, it is now recognized as a philosophically sophisticated outlook, sympathetic to today's commitment to science as a long-term enterprise. Ancient skepticism is now seen as an important position in the history of philosophy and as addressing core questions in epistemology. It is worthwhile to be studied by anyone interested in the nature of investigation, knowledge, belief, language and action. Leading experts contribute to this volume, which offers a philosophical introduction, translation and commentary as well as scholarly essays on one of the most important texts about Pyrrhonian skepticism, Diogenes Laertius' report about Pyrrho and Timon in his Lives of Eminent Philosophers .