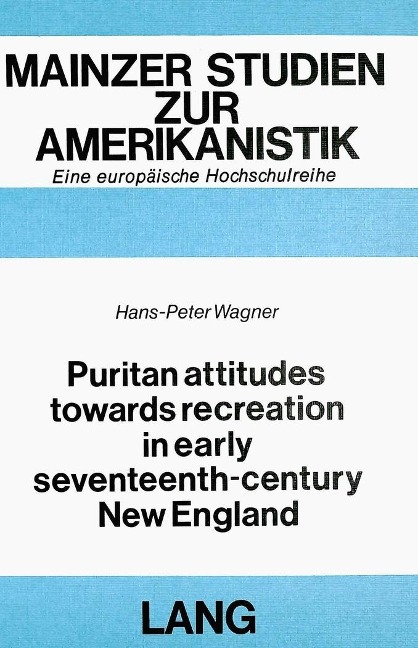 With particular consideration of physical recreation

The interdisciplinary approach of this study tries to bridge a gap in the field of Puritan Studies, the one between the two camps of intellectual and social science historians. Focusing on the attitudes of the early Puritan church members in New England towards sport and recreation in general, the book attemps to show the differences between Puritan theory and New England reality. At no point in their history were the Puritan leaders able to enforce their secular and ecclesiastical laws. Even within the leadership itself a wide spectrum of opinions on recreation existed. The Puritan preachers reacted to this dilemma in their hortatory sermons, the jeremiads, which were employed to shame the younger generations into comformity by inventing the myth of the godly founding fathers. But the Puritan utopia was condemned to failure from the very start: the church members could not resist temptation.

Contents: After a critical survey of the extant literature on the problem of Puritan attitudes towards recreation, which unearthed several fallacies of historians, the book discusses the role of recreation in early New England, the Puritan teaching on this issue as well as the legislation, and the attitudes of the leaders and followers of the Puritan movement.

The Ship of Brides