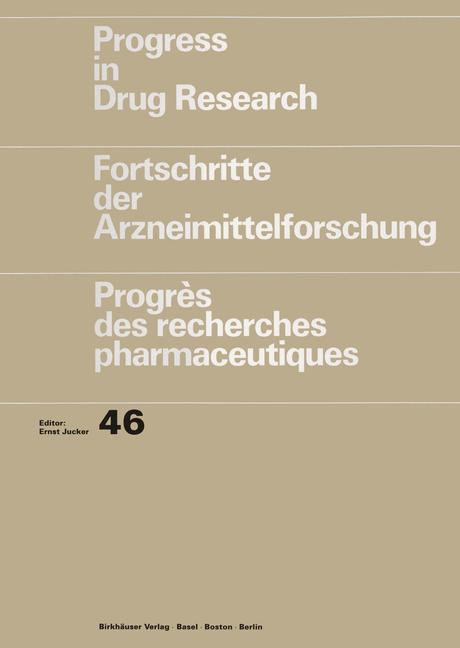 Volume 46 of "Progress in Drug Research" contains seven reviews and the various indexes which facilitate its use and establish the connection with the previous volumes. The articles in this volume deal with endo­ genous sodium pump inhibition, with neurotransmitters involved in the central regulation of the cardiovascular system, with leukotrienes and development of novel anti-inflammatory agents, with antithrombotic stra­ tegies and drugs affecting the plasma fibrinogen levels, with natural ami­ noglycosides and polyamines and their effects in the mammalian orga­ nism, with the latest developments in antidepressant agents and with immunopharmacological and biochemical bases of Chinese herbal medi­ cine. These reviews provide valuable information on several new deve­ lopments in the complex domain of drug research. In the 37 years that PDR has existed, the Editor has enjoyed the valua­ ble help and advice of many colleagues. Readers, the authors of the reviews and, last but not least, the reviewers have all contributed greatly to the success of this series of monographs. Although the comments received so far have generally been favorable, it is nevertheless necessary to analyze and to reassess the current position and the future direction of such publi­ cations.