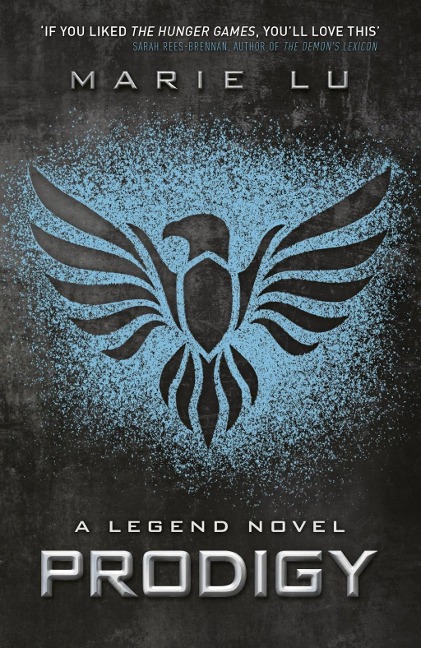 Prodigy by Marie Lu is the long-awaited sequel to Legend, THE must-read dystopian thriller novel.

Perfect for all YA fans of The Hunger Games by Suzanne Collins and Divergent by Veronica Roth. A brilliant re-imagining of Les Miserables, the series is set to be a global film sensation as CBS films have acquired rights to the trilogy. The Twilight Saga producers, Marty Bowen and Wyck Godfrey, will produce.

Injured and on the run, it has been seven days since June and Day barely escaped Los Angeles and the Republic with their lives. Day is believed dead having lost his own brother to an execution squad who thought they were assassinating him. June is now the Republic's most wanted traitor.

Desperate for help, they turn to the Patriots - a vigilante rebel group sworn to bring down the Republic. But can they trust them or have they unwittingly become pawns in the most terrifying of political games?

Dystopian fiction at its very best in this thrilling instalment in the Legend trilogy.

'If you liked The Hunger Games, you'll love this.' - Sarah Rees-Brennan, author of The Demon's Lexicon

'Legend is impossible to put down and even harder to forget.' - Kami Garcia, author of New York Times bestselling author of Beautiful Creatures

'Marie Lu's dystopian novel is a 'Legend' in the making.' - USA Today

'Legend is impossible to put down and even harder to forget.' - Kami Garcia, New York Times bestselling author of film sensation, Beautiful Creatures

The Ballad of Songbirds and Snakes

A Summer to Die

What Would Lizzy Bennet Do? (The Jane Austen Fa...

An Astronaut's Guide to Life on Earth