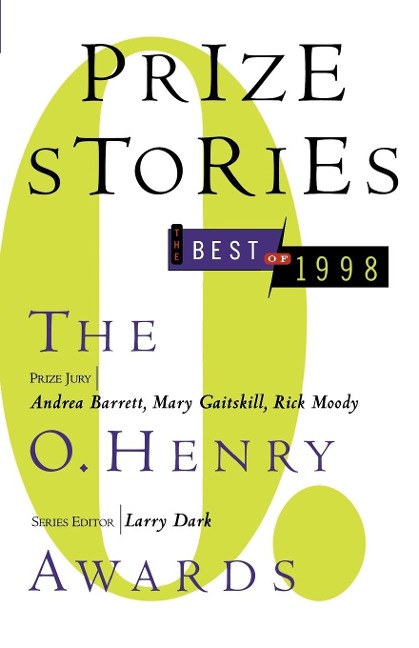 Established in 1918 as a memorial to O. Henry, this annual literary tradition has presented a remarkable offering of stories over its 82-year history. O. Henry first-prize winners have included Dorothy Parker, William Faulkner, Truman Capote, John Cheever, John Updike, and Cynthia Ozick as well as some lesser-known writers such as Alison Baker and Cornelia Nixon. Many talented writers who were known when first chosen for an O. Henry Award later went on to become seminal voices of contemporary fiction. Representative of the very best in contemporary American and Canadian fiction, these are varied, full-bodied, fictional creations brimming with life -- proof of the continuing strength and variety of the short story.

Larry Dark has been the director of the Story Prize, an award focused on short story collections, since its foundation in 2004. He served as series editor of the O. Henry Awards for five years, between 1997 and 2002. He has also edited and introduced several other literary anthologies.