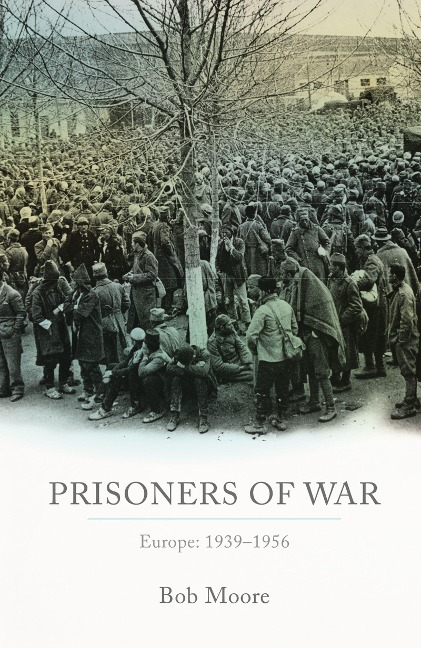 The Second World War between the European Axis powers and the Allies saw more than twenty million soldiers taken as prisoners of war. While this total is inflated by the unconditional surrender of all German forces in Europe on 8 May 1945, it nonetheless highlights the fact that captivity was one of the most common experiences for all those in uniform - even more common than frontline service. Despite this, and the huge literature on so many aspects of the war,
prisoner of war histories have remained a separate and sometimes isolated element in the wider national chronicles of the conflict constructed in the post war era. Prisoners of every nationality had their own narratives of military service and captivity. While it is impossible to encompass their
collective histories, let alone the individual experiences of all twenty million prisoners in a single volume, Bob Moore uses a series of case studies to highlight the key elements involved and to introduce, analyse, and refine some of the major debates that have arisen in the existing historiography. The study is divided into three broad sections: captivity in Eastern and Western Europe during the war itself, comparative studies of specific categories of prisoners, and the repatriation and
reintegration of prisoners after the war.

Bob Moore is Emeritus Professor of European History at the University of Sheffield. He has published extensively on the history of Western Europe in the mid twentieth century, including Victims and Survivors: the Nazi Persecution of the Jews in the Netherlands, 1940-1945 (1997); Resistance in Western Europe (2000); Refugees from Nazi Germany and the Liberal European States (with Frank Caestecker, 2009) and his most recent monograph,
Survivors: Jewish Self-Help and Rescue in Nazi-Occupied Western Europe was published by Oxford University Press in 2010. He has recently completed the editing (with Johannes Houwink ten Cate) of De Geheime Dagboek van Arnold Douwes (2018) and its translation as The Secret Diary of Arnold Douwes (2019). His work on prisoners of war
includes The British Empire and its Italian Prisoners of War 1940-1947 (with Kent Fedorowich, 2003) as well as several journal articles.