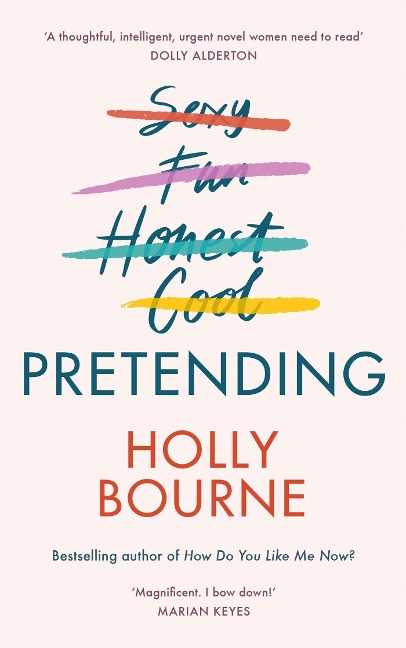 The new honest and hilarious novel from Holly Bourne, bestselling author of How Do You Like Me Now?

He said he was looking for a 'partner in crime' which everyone knows is shorthand for 'a woman who isn't real'.

April hates men: how entitled and arrogant and cruel they are. She particularly hates being rejected by them, after she's gone to so much effort to put herself out there.

So when April meets Joshua, she vows that this time things are going to be different.

Because this time April is pretending to be Gretel: the perfect woman, the kind that any man would fall in love with. Gretel is going to lure Joshua in, and then she's going to make him pay for it.

But are all men really the problem? Is being Gretel really the answer? And how long can April keep pretending to be someone she's not?

Holly started her writing career as a news journalist, where she was nominated for Best Print Journalist of the Year. She then spent six years working as an editor, a relationship advisor, and general 'agony aunt' for a youth charity - helping young people with their relationships and mental health. Inspired by what she saw, she started writing teen fiction, including the best-selling, award-winning 'Spinster Club' series which helps educate teenagers about feminism. When she turned thirty, Holly wrote her first adult novel, examining the intensified pressures on women once they hit that landmark.

Alongside her writing, Holly has a keen interest in women's rights and is an advocate for reducing the stigma of mental health problems. She's helped create online apps that teach young people about sexual consent and is an ambassador for Women's Aid.

A Modern Way to Cook

Don't Hold My Head Down

This is Going to Hurt

This Book Is Anti-Racist

How to Do Nothing

The Seven Deaths of Evelyn Hardcastle

21 Lessons for the 21st Century

Notes On A Nervous Planet

Daisy Jones and The Six