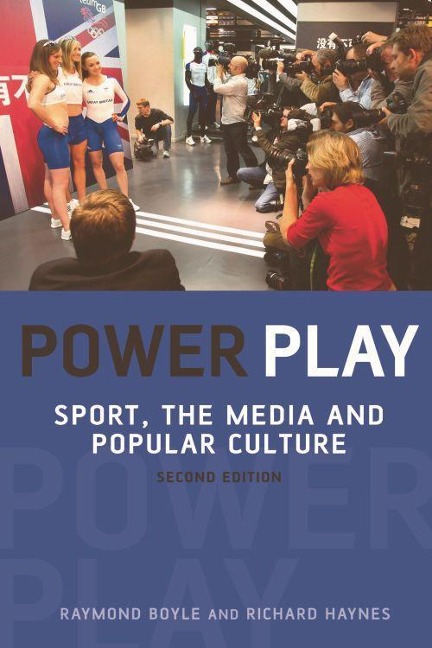 Praise for the first edition:'An excellent book that tries to come to grips with the ever-increasing role of sport in the media as a particular phenomenon of 20th-century popular culture.'European Journal of Communication (2000)'Excellent, well written and informative... of interest and use to a wider constituency.'Times Higher Education Supplement (May 2000)The fully revised and updated version of this classic text examines the link between three key obsessions of the 21st century: the media, sport and popular culture.Gathering new material from around the 2007 Rugby World Cup, the Beijing Olympics and the rise of new sports stars such as boxing's Amir Khan and cycling's Victoria Pendleton, the authors explore a wide range of sports, as well as issues including nationalism, gender, race, political economy and the changing patterns of media sport consumption.For those interested in media and sport the second edition combines new and original material with an overview of the developing field of media sport, and examines the way in which the media has increasingly come to dominate how sport is played, organized and thought about in society. It traces the historical evolution of the relationship between sport and the media and examines the complex business relationships that have grown up around television, sponsors and sport.Covers the following topics: the history of media in sport; television, sport and sponsorship; why sport matters to television; sports stars; sports journalism; fans and the audience; sport in the digital media economy.

1. Sport, Media and Popular culture: Questions of Theory; 2. All our Yesterdays: A History of Media sport; 3. A Sporting triangle: Television, sport and sponsorship; 4. Power Game: Why sport Matters to Television; 5. Who Wants to Be A Millionaire? Media Sport and Stardom; 6. The Race Game: Media, sport, Race and Ethnicity; 7. For Men who Play to win; 8. Games Across frontiers; 10. Consuming Sport; 11. New Media sport.