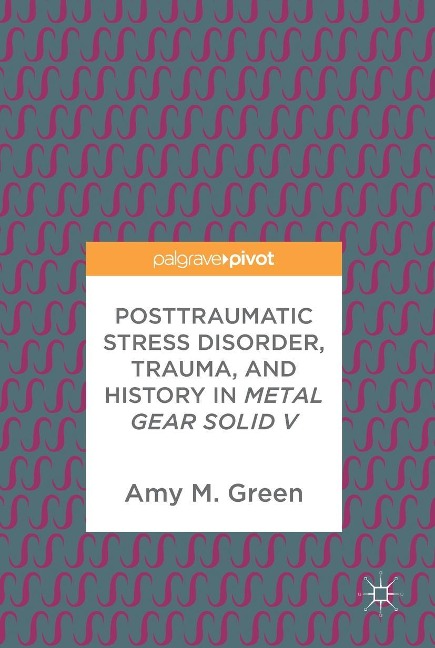 This book explores the video game Metal Gear Solid V's exploration of trauma and posttraumatic stress disorder (PTSD) through a careful analysis of its thematic elements and characters. It also considers the game's complex take on post-9/11 history. Metal Gear Solid V consists of two interrelated titles, Ground Zeroes and The Phantom Pain. Ground Zeroes is examined as a post-9/11 narrative exploring America's use of Guantanamo Bay and the extraordinary rendition program as tools in the War on Terror. The Phantom Pain is examined as a work exploring post-9/11 in trauma, especially in returning soldiers. The characters appearing in both games are given substantial consideration and analysis as embodiments of different forms of PTSD and trauma. This book appeals especially to those interested in video game study, to those who are enthusiasts of video games, and those interested in post-9/11 narratives.

Amy M. Green is Assistant Professor-in-Residence at the University of Nevada, Las Vegas, USA. Her work on video games has appeared in numerous academic journals, a TEDx talk, and interviews with KNPR's State of Nevada program. She is currently working on another book on video games.

1. Introduction: "Just another Day in a War without End": Hideo Kojima and Metal Gear

3. History, Historicity, and Fiction: Pseudorealities in Ground Zeroes and The Phantom Pain

4. Posttraumatic Stress Disorder in Fiction and Reality: Anguish and Agony

5. The Phantom Pain's Opening Mission: Hospital as Slaughterhouse and an Introduction to Trauma

6. "You Can't Patch a Wounded Soul with a Band-Aid": Manifestations of Trauma in the Characters of Ground Zeroes and The Phantom Pain