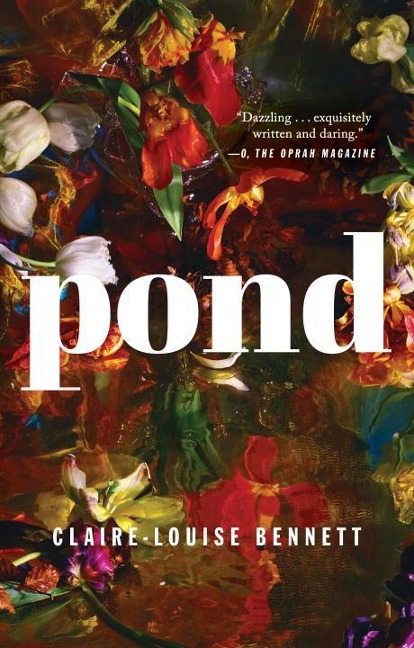 "A sharp, funny, and eccentric debut … Pond makes the case for Bennett as an innovative writer of real talent. … [It]reminds us that small things have great depths."-New York Times Book Review

Immediately upon its publication in Ireland, Claire-Louise Bennett's debut began to attract attention well beyond the expectations of the tiny Irish press that published it. A deceptively slender volume, it captures with utterly mesmerizing virtuosity the interior reality of its unnamed protagonist, a young woman living a singular and mostly solitary existence on the outskirts of a small coastal village. Sidestepping the usual conventions of narrative, it focuses on the details of her daily experience-from the best way to eat porridge or bananas to an encounter with cows-rendered sometimes in story-length, story-like stretches of narrative, sometimes in fragments no longer than a page, but always suffused with the hypersaturated, almost synesthetic intensity of the physical world that we remember from childhood. The effect is of character refracted and ventriloquized by environment, catching as it bounces her longings, frustrations, and disappointments-the ending of an affair, or the ambivalent beginning with a new lover. As the narrator's persona emerges in all its eccentricity, sometimes painfully and often hilariously, we cannot help but see mirrored there our own fraught desires and limitations, and our own fugitive desire, despite everything, to be known.

Shimmering and unusual, Pond demands to be devoured in a single sitting that will linger long after the last page.

Claire-Louise Bennett's short fiction and essays have been published in The Moth, The Irish Times, and other publications. She was awarded the inaugural White Review Short Story Prize in 2013. Pond is her first book. Bennett lives in Galway, Ireland.