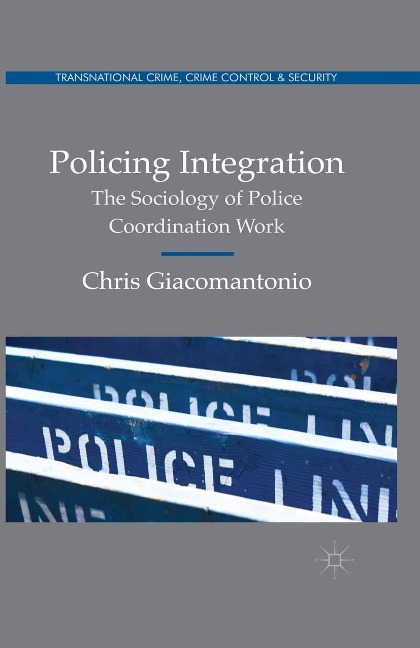 The Sociology of Police Coordination Work

This book critically examines coordination work between police officers and agencies. Police work requires constant interaction between police forces and units within those forces, yet the process by which police work with one another is not well understood by sociologists or practitioners. At the same time, the increasing inter-dependence between police forces raises a wide set of questions about how police should act and how they can be held accountable when locally-based police officers work in or with multiple jurisdictions. This rearrangement of resources creates important issues of governance, which this book addresses through an inductive account of policing in practice.
Policing Integration builds on extensive fieldwork in a multi-jurisdictional environment in Canada alongside a detailed review of ongoing research and debates. In doing so, this book presents important theoretical principles and empirical evidence on how and why police choose to work across boundaries or create barriers between one another.
E-Book 07/2015

Chris Giacomantonio holds a DPhil in Criminology from the University of Oxford, UK. His research examines police governance, coordination, and tactics, with a focus on policy relevance. He is a qualitative and mixed methodologist and is particularly interested in the development of analytic qualitative methods for social research. Chris is currently an analyst at RAND Europe, Cambridge, UK.