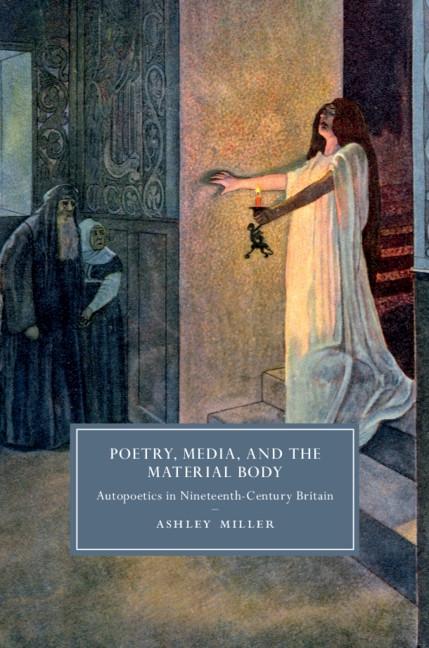 Poetry, Media, and the Material Body

From the Romantic fascination with hallucinatory poetics to the turn-of-the-century mania for automatic writing, poetry in nineteenth-century Britain appears at crucial times to be oddly involuntary, out of the control of its producers and receivers alike. This elegant study addresses the question of how people understood those forms of written creativity that seem to occur independently of the writer's will. Through the study of the century's media revolutions, evolving theories of physiology, and close readings of the works of nineteenth-century poets including Wordsworth, Coleridge and Tennyson, Ashley Miller articulates how poetry was imagined to promote involuntary bodily responses in both authors and readers, and how these responses enlist the body as a medium that does not produce poetry but rather reproduces it. This is a poetics that draws attention to, rather than effaces, the mediacy of the body in the processes of composition and reception.