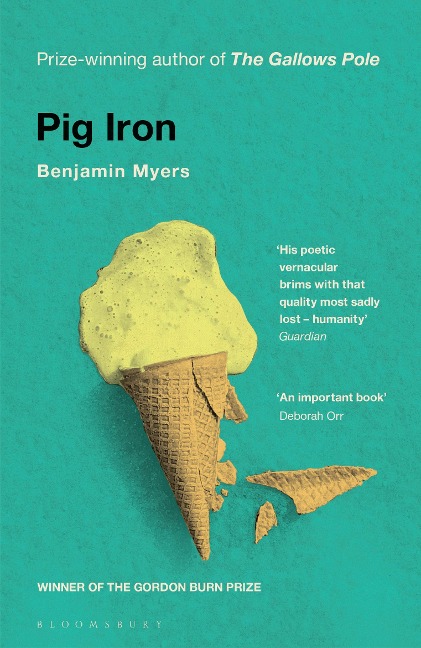 WINNER OF THE GORDON BURN PRIZE

John-John wants to escape his past. But the legacy of brutality left by his boxer father, King of the Gypsies, Mac Wisdom, overshadows his life. His new job as an ice cream man should offer freedom, but instead pulls him into the dark recesses of a northern town where his family name is mud. When he attempts to trade prejudice and parole officers for the solace of the rural landscape, Mac's bloody downfall threatens John-John's very survival.

Benjamin Myers was born in Durham in 1976. His novel The Gallows Pole received a Roger Deakin Award and won the Walter Scott Prize for historical fiction. Beastings won the Portico Prize for Literature and Pig Iron won the Gordon Burn Prize, while Richard was a Sunday Times Book of the Year. He has also published poetry, crime novels and short fiction, while his journalism has appeared in publications including, among others, the Guardian, New Statesman, Caught by the River and New Scientist.
He lives in the Upper Calder Valley, West Yorkshire.

Faith and Wisdom in Science

The Art of Meditation