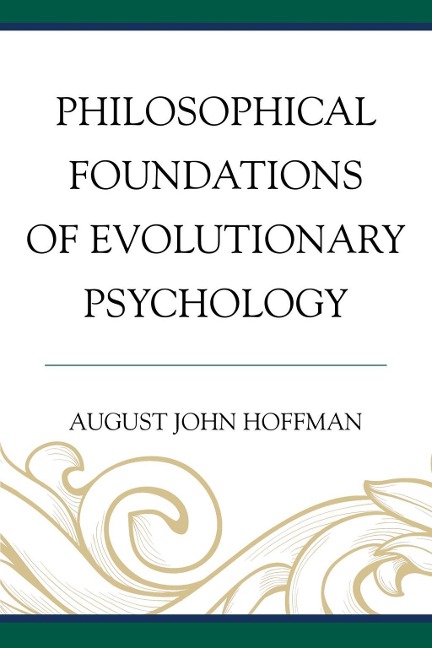 Philosophical Foundations of Evolutionary Psychology describes the unique relationship between early schools of thought in Greek philosophy, modern psychology, and most recently evolutionary psychology. This volume provides the reader with a concise history and description of some of the most important theories used in understanding human behaviors (i.e., the mind-body duality, the essence of human nature, and how humans have evolved to cooperate with each other) and how the physical characteristics of communities have contributed to positive (i.e., prosocial) or destructive (i.e., antisocial) behavior. It explores human nature from the philosophical perspectives of Socrates, Plato, Descartes, Locke, and Rousseau as contributing factors to the development of modern psychology (i.e., Structuralism, Functionalism, Behaviorism, and Biopsychology) that ultimately is combined with evolutionary psychology. Philosophical Foundations of Evolutionary Psychology also incorporates various topics of psychology that support the development of evolutionary psychology such as language and communication, gender differences, aggression, cooperative behaviors, and natural selection.

A Life on Our Planet