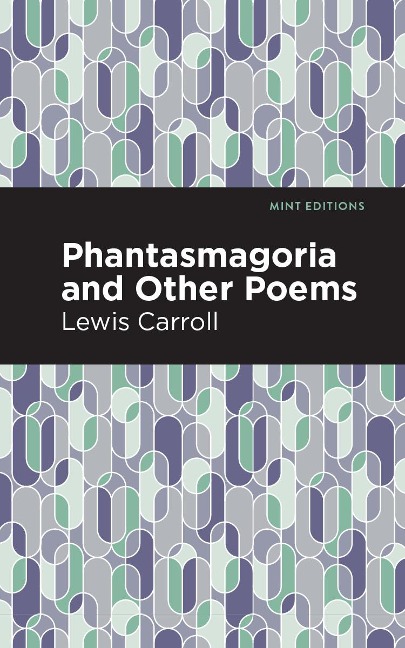 Phantasmagoria and Other Poems

With satire, adventure, and imagination, Phantasmagoria and Other Poems explores subjects such as the supernatural, love, friendship, and nature. Featuring sixteen of Lewis Carroll's poems, Phantasmagoria and Other Poems has something to appeal to everyone. Among this collection is A Sea Dirge, in which the speaker, equipped with evocative figurative language, explains their contempt for the sea. In Echoes, a young girl discloses her encounter with a ghost. With precise diction, A Game of Fives takes the form of a nursery rhyme as the poem follows five girls as they age, mapping their changing relationship and value to society. At the height of Carroll's use of satire and humor, A Valentine is dedicated to a friend that was concerned that Carroll had not been sad enough when he was away. With wit and decorated lyricism, Carroll replies to his concern. The title poem in Phantasmagoria and Other Poems is known as Carroll's longest piece of poetry, and has been hailed as a fan favorite. Following an odd man named Tibbets, Phantasmagoria tells the tale of a man getting candid with the ghost that haunts him. Presented as a narrative discussion, Tibbets asks the ghost why they are haunting him, prompting the ghost to tell all the responsibilities a ghost has. Haunting is the ghost's new job, and they must toe the company line unless they want to answer to the king of the dead.

With a meta and whimsical approach, Phantasmagoria and Other Poems explores adventurous stories, the supernatural, and relationships. Soaked with satire and imagination, Phantasmagoria and Other Poems is an entertaining, approachable experience with poetry. Each poem delights with dazzling word play and rhythm as it uses accessible language and strong imagery, crafting poetry that is easy for a wide audience to enjoy.

Now presented in a readable font and redesigned with an eye-catching new cover, Phantasmagoria and Other Poems by Lewis Carroll is the perfect companion for anyone searching for an escape.

Lewis Carroll (1832-1898) was an English children's writer. Born in Cheshire to a family of prominent Anglican clergymen, Carroll-the pen name of Charles Dodgson-suffered from a stammer and pulmonary issues from a young age. Confined to his home frequently as a boy, he wrote poems and stories to pass the time, finding publication in local and national magazines by the time he was in his early twenties. After graduating from the University of Oxford in 1854, he took a position as a mathematics lecturer at Christ Church, which he would hold for the next three decades. In 1865, he published Alice's Adventures in Wonderland, masterpiece of children's literature that earned him a reputation as a leading fantasist of the Victorian era. Followed by Through the Looking-Glass, and What Alice Found There (1871), Carroll's creation has influenced generations of readers, both children and adults alike, and has been adapted countless times for theater, film, and television. Carroll is also known for his nonsense poetry, including The Hunting of the Snark (1876) and "Jabberwocky."