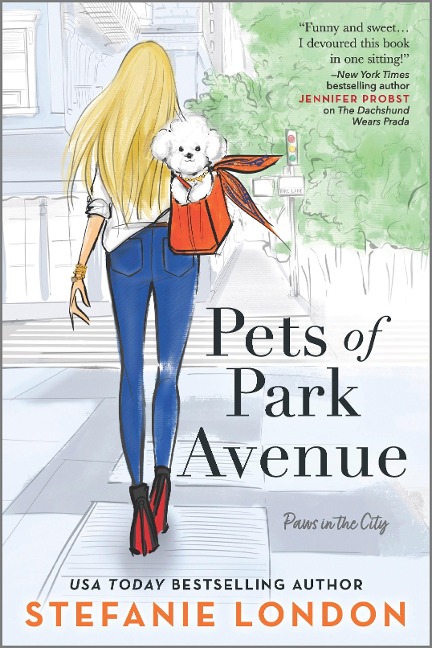 "One of the year's most delightful rom-coms."-New York Times bestselling author Julia London on The Dachshund Wears Prada

The perfect romcom for dog lovers! Pets of Park Avenue is the story of a self-confessed hot mess who learns that life is more fun when things don't go according to plan.

What do you do when The One is also the one who broke your heart?

Self-proclaimed hot mess Scout Myers is determined to prove she's finally got her act together. Raised by grandparents who saw her as her wayward mother's wayward daughter, Scout's used to being written off. So when the opportunity for a promotion arises at Paws in the City, the talent agency where she works, Scout is desperate to rise to the occasion. With shared custody of her little sister also on the line, Scout can't afford a single mistake…like suddenly needing a canine stand-in for an important photoshoot. Luckily (or not) she knows the owner of the perfect pup replacement: the estranged husband she walked out on years ago.

On the surface, it appears Lane Halliday's life has been blissfully drama free without Scout, but she suspects her handsome-as-ever not-quite-ex-husband doth protest too much. Working together even feels like old times-except for all that lingering, unresolved tension. But Scout's not sure she's ready to confront the reasons she left Lane, and when their plans to finalize the divorce become very real, Scout starts to wonder whether second chances might be worth a little hot mess.

Paws in the City
Book 1 - The Dachshund Wears Prada