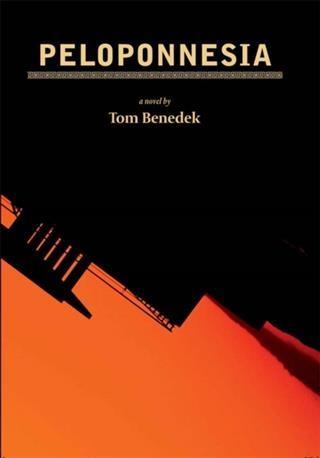 Haunted by his past, Harley Grace, a highly successful movie producer, lives a life of luxury and privilege in Los Angeles with his wife, Annibelle. Recently, Harley has developed a neurological disorder which has made him forget his own well-kept secrets. Delusional, he believes he is Cleon, Athenian general, statesman and hero in an original screenplay he controls called Peloponnesia. His housekeeper, Lorna, is his caretaker-lover-constant companion and a fixture in his fantasy world. As a Hollywood luminary, Harley has guarded his privacy, and so his wife has managed to conceal his condition from the town. Still, the Graces' plush nightmare expands. Roy, the screenwriter of Peloponnesia, maneuvers to re-acquire his script, while Lorna and extended family struggle for connection with Harley as he wanders through his Hollywood life convinced it is ancient Greece in wartime and that he is calling the shots in a legendary epichis own life.