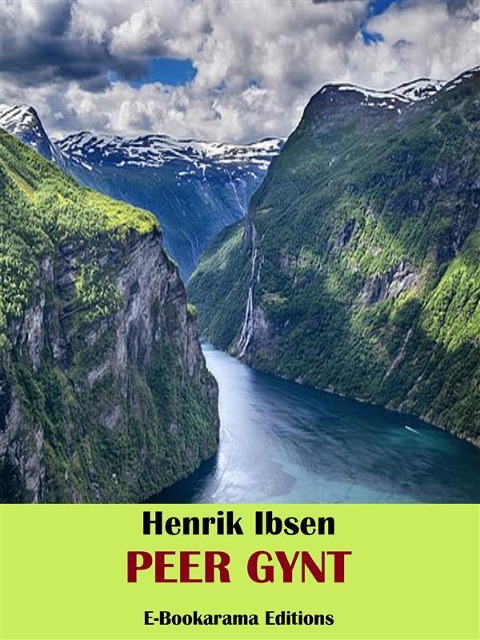 Henrik Ibsen wrote "Peer Gynt" in 1867. He never intended that the work be performed on stage; instead, Ibsen envisioned his work as a poetic fantasy to be read. However, "Peer Gynt" quickly became recognised as a masterwork of Scandinavian literature, and in 1876, Ibsen adapted his work for the stage. "Peer Gynt" is the most well known Norwegian play throughout history.

Among the masterpieces of world literature, this early verse drama by the celebrated Norwegian playwright humorously yet profoundly explores the virtues, vices, and follies common to all humanity - as represented in the person of Peer Gynt, a charming but irresponsible young peasant. Based on Norwegian folklore and Ibsen's own imaginative inventions, the play relates the roguish life of the world-wandering Peer, who finds wealth and fame - but never happiness - although he is redeemed by love in the end. As a play, "Peer Gynt" consists almost entirely as a vehicle for Peer's adventures. He is a character who runs from commitment, and who is completely selfish, having little concern for the sacrifices that others are forced to make in accommodating him. Ibsen's use of satire and a self-centered protagonist suggests social implications for nineteenth-century society, a topic that always interested Ibsen.