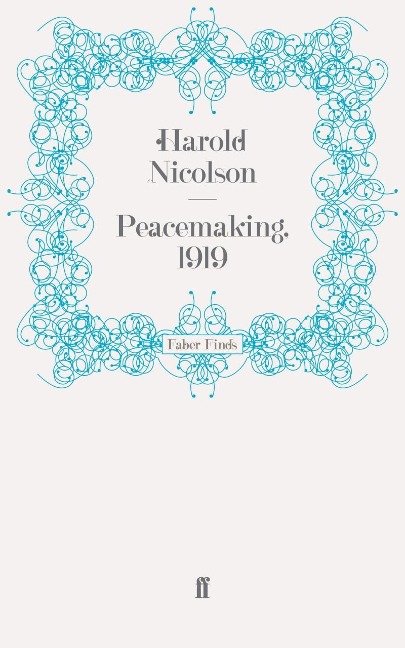 'Of all branches of human endeavour, diplomacy is the most protean.' That is how Harold Nicolson begins this book. It is an apt opening. The Paris Conference of 1919, attended by thirty-two nations, had the supremely challenging task of attempting to bring about a lasting peace after the global catastrophe of the Great War.

Harold Nicolson was a member of the British delegation. His book is in two parts. In the first he provides an account of the conference, in the second his diary covering his six month stint. There is a piquant counterpoise between the two. Of his diary he writes, 'I should wish it to be read as people read the reminiscences of a subaltern in the trenches. There is the same distrust of headquarters; the same irritation against the staff-officer who interrupts; the same belief that one's own sector is the centre of the battle-front; the same conviction that one is, with great nobility of soul, winning the war quite single-handed.' The diary ends with prophetic disillusionment, 'To bed, sick of life.'

As a first-hand account of one of the most important events shaping the modern world this book remains a classic.