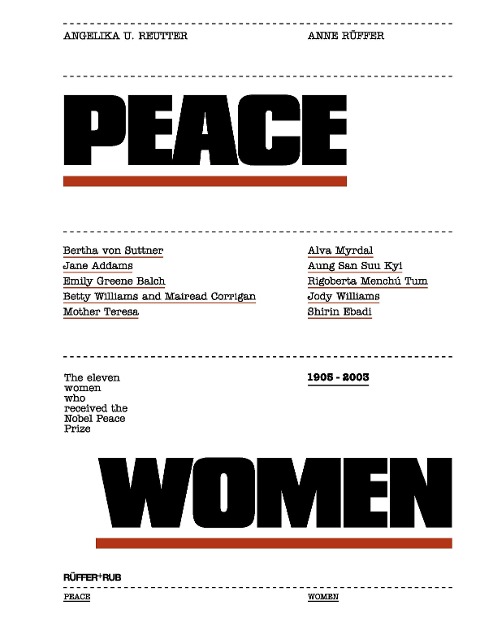 War is always the result of fear and violence. Conflict is supposed to resolve what was not resolved in dialogue and negotiations - for lack of good will to solve it. What remains are misery and destruction, anger and impotence, and last but not least breeding-grounds for renewed violence. Those who were conquered by force of arms want revenge, want justice for themselves and their cause - again, through violence.

The examples of the eleven women who were awarded the Peace Nobel Prize up to 2003 show that other approaches are possible. They decided to stand up for their ideals without identifying with fear, violence, and brutality. Their motivation grew out of an attitude that gives life, an inner attitude that trusts life and will not give up.

Angelika U. Reutter, M.A. in psychology and writer, born in Germany 1943, living and working in Küsnacht/Switzerland.