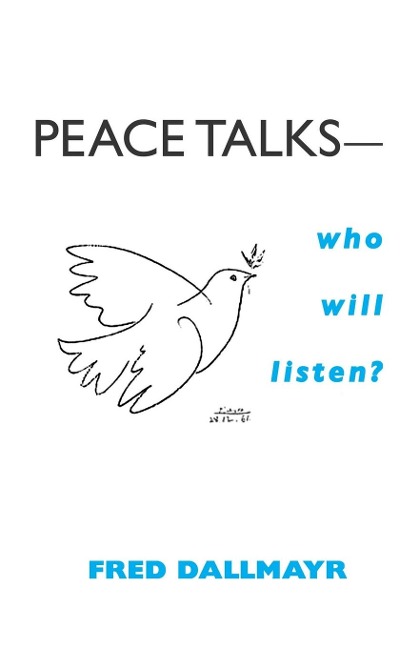 In his Complaint of Peace, the great sixteenth-century humanist Erasmus allows "Peace" to talk. Peace speaks as a plaintiff, protesting her shabby treatment at the hands of humankind and our ever-ready inclination to launch wars. Against this lure of warfare, Erasmus pits the higher task of peace-building, which can only succeed through the cultivation of justice and respect for all human life.
First articulated in 1517, the complaint of peace has echoed through subsequent centuries and down to our age-an age convulsed by world wars, holocausts, and ethnic cleansings. Distinguished political scientist Fred Dallmayr traces this complaint from the writings of Erasmus through the evolution of the "law of nations" to recent and contemporary co-plaintiffs in the West. He also highlights the role of non-Western thinkers and teachings in giving voice to "Peace." In addition to Erasmus, Dallmayr engages major thinkers such as Francisco de Vitoria, Hugo Grotius, Immanuel Kant, Hannah Arendt, Martin Heidegger, Mahatma Ghandi, the Dalai Lama, John Rawls, and Martha Nussbaum.
This timely book urgently pleads for greater attentiveness to peace's complaint as an antidote to the prevailing culture of violence and the escalating danger of nuclear catastrophe. Dallmayr offers not only a compelling historical narrative, but powerful ethical and religious arguments vindicating the primacy of peace over violence and war.