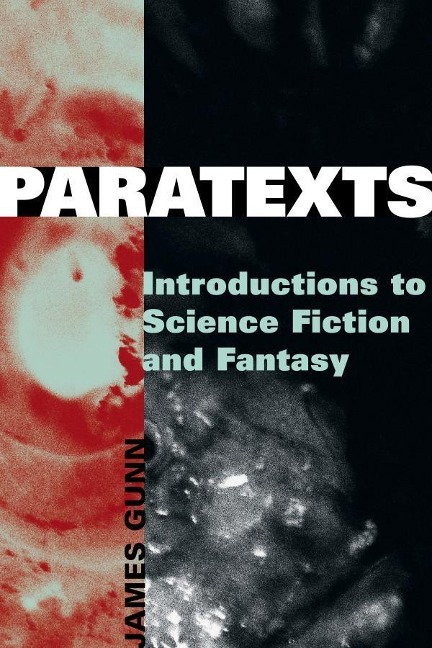 Introductions to Science Fiction and Fantasy

span>n the mid-1980s, Easton Press began publishing a series of leather-bound collector editions called "Masterpieces of Science Fiction" and "Masterpieces of Fantasy," which featured some of the most important works in these genres. James Gunn was commissioned to write introductions to these works, which allowed him to pay tribute to many authors who inspired and influenced his own work.

In Paratexts: Introductions to Science Fiction and Fantasy Gunn has collected the most significant essays produced for the Easton series, along with prefaces he wrote for reprints of his own novels. Cited here are some of the most significant works of 19th and 20th century science fiction and fantasy, such as The Island of Dr. Moreau 1984 Stranger in a Strange Land A Clockwork Orange Speaker for the Dead The Postman Do Androids Dream of Electric Sheep? The Hitchhiker's Guide to the Universe The Dead Zone, The Mists of Avalon Dragon's Eye Nine Princes in Amber Blue Mars The Last Unicorn and The Lord of the Rings

Drawing upon Gunn's lifetime of work in the field, these introductions include analyses of the individual works and the fields in which they were written. Gunn also briefly discusses each novel's significance in the science fiction canon. Collected here for the first time, these prefaces and introductions provide readers with insight into more than seventy novels, making Paratextsa must-read for science fiction and fantasy aficionados.