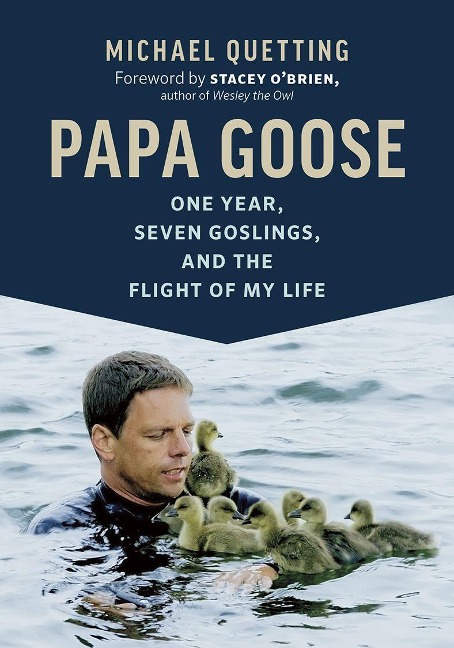 Papa Goose: One Year, Seven Goslings, and the Flight of My Life

The charming true story of one man's attempt to raise seven goslings in the name of science.In Papa Goose, Michael Quetting shares the hilarious and moving true story of how he became a father to seven rambunctious goslings--and the surprising things he learned along the way. Starting right at the beginning, with the eggs, his journey takes him from the incubator all the way to the airstrip, where he must attempt to teach the geese to fly as part of an ambitious scientific research initiative for the Max Planck Institute for Ornithology, which tracks animal migrations around the world. For the next eleven months, we follow the newly minted dad as he takes the goslings on daily swims in the lake, tracks them down when they go astray, and watches their personalities develop: feisty, churlish, and lovable. Packed with charm and humor, Papa Goose quickly draws us into the adventure as Gloria, Nemo, and the rest of the crew conquer land, water, and air.

Michael Quetting is a laboratory manager at the Max Planck Institute for Ornithology, a pilot, a bird lover, a bestselling author, and father to two human children.

Stacey O'Brien is the author of the New York Times bestseller Wesley the Owl. Trained as a biologist specializing in wild animal behavior, she now works as a wildlife rescuer and rehabilitation expert with a variety of local animals.