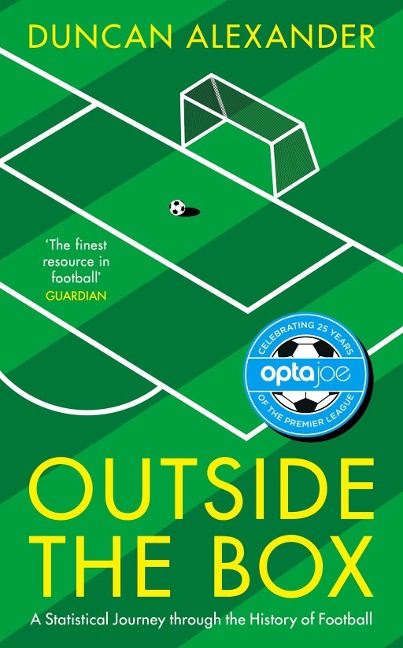 A Statistical Journey through the History of Football

In football, numbers are everywhere. From touches in the opposition box to expected goals, clear-cut chances to win-loss ratios.

In the modern game, these numbers help provide the narrative, the drama, and the conversation. They are scrutinised in order to justify results and to predict future outcomes. They even dictate transfer policy and drive clubs to achieve the impossible.

But when did the numbers become so important and what do they mean?

In Outside the Box, Duncan Alexander looks back at twenty-five years of the Premier League and beyond, uncovering the hidden truths and accepted myths that surround the game. Using the archives of OptaJoe and never-before-seen data, we discover why Liverpool have gone 27 years without winning a league title and why Lionel Messi is the best player in the game's history. Or is he?

Insightful, wry, and hugely entertaining, Outside the Box is an enlightening and accessible account of football across the decades, analysing data from the some of the greatest seasons, players, teams and managers.