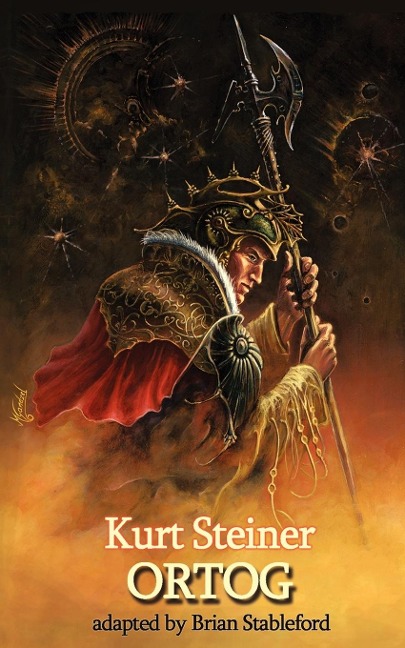 These two classic French fantasy novels, written in 1960 and 1969, star Knight-Navigator Dal Ortog of Galankar who lives on a 50th century Earth where space travel cohexists with a medieval society. First, Ortog is sent by Sopharch Karella to the far reaches of space to find a cure for the slow death that is killing humanity after a devastating interplanetary war. Ortog returns with a cure, but too late to save his love, Karella's daughter, Kalla. In the sequel, Ortog and his friend, Zoltan Charles Henderson de Nancy, embark on a quest through the dimensions of Death to find Kalla's soul and bring her back to Earth.