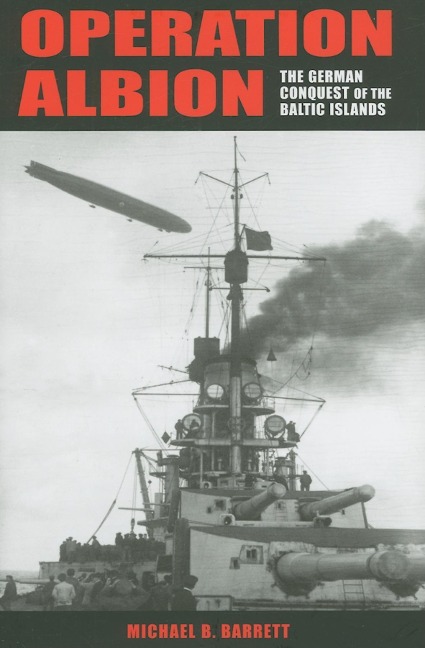 Operation Albion: The German Conquest of the Baltic Islands

In October 1917, an invasion force of some 25,000 German soldiers, accompanied by a flotilla of 10 dreadnoughts, 350 other vessels, a half-dozenzeppelins, and 80 aircraft, attacked the Baltic islands of Dago, Osel, and Moon atthe head of the Gulf of Riga. It proved to be the most successful amphibiousoperation of World War I. The three islands fell, the Gulf was opened to Germanwarships and was now a threat to Russian naval bases in the Gulf of Finland, and20,000 Russians were captured. The invasion proved to be the last major operation inthe East. Although the invasion had achieved its objectives and placed the Germansin an excellent position for the resumption of warfare in the spring, within threeweeks of the operation, the Bolsheviks took power in Russia (November 7, 1917) andAlbion faded into obscurity as the war in the East came to a slow end.

Michael B. Barrett is Professor of History at the Citadel and Brigadier General (retired), U.S. Army Reserve. He lives in Charleston, South Carolina.

Contents
List of Maps
Dates, Times, and Names
Acknowledgments
1. Submarine UC-58, Tagga Bay, 28 September 1917
2. The Strategic Importance of the Baltic Islands
3. The Decision to Mount Operation Albion
4. The Islands and Their Defenses
5. The Invasion
6. Ösel, 12-13 October 1917: The Central Island
7. Ösel, 12-16 October 1917: The Island's Ends
8. The Capture of Moon and Dagö Islands
9. The Naval Battle for the Baltic Islands
10. Conclusion
11. Epilogue