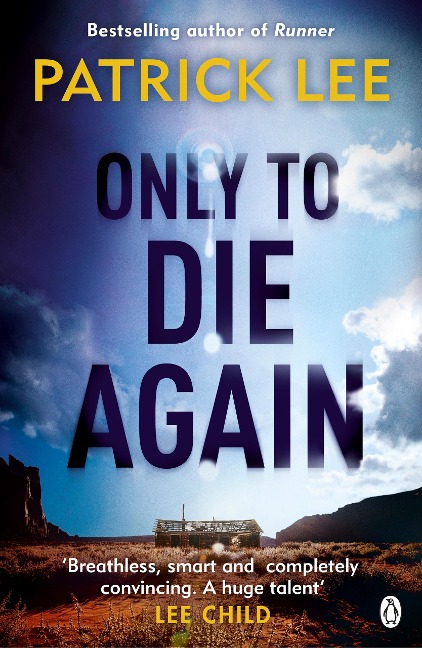 Only to Die Again

A DESPERATE PLEA FOR HELP
The middle of the night. Sam Dryden takes a call from an old friend from his days in the military. She needs his help. Urgently. There's no further explanation.

A RACE AGAINST TIME
Two hours later, Dryden and his former teammate smash their way in to a remote desert shack. Inside they discover four young girls, caged and threatened with death by their abductor. Dryden acts.

AN IMPOSSIBLE SECRET
But how had Dryden's friend known what about to unfold? Why was it so important that they flee the scene before the police arrive? Only one thing is certain: Dryden is now facing a ruthless enemy that always seems to be one step ahead . . .

'Pure adrenaline rush . . . an action-packed novel brimming with complex characters as well as genuine heart. Not to be missed' Lisa Gardner

'Patrick Lee is in a word: Brilliant. Less a novel, than an adventure, it left me breathless and awed. It's explosive, innovative and ultimately mind-blowing. Pure exhilaration from the first page to the last' James Rollins

'An amazing, high speed, hi-octane novel than moves faster than most people can read. Rarely is a story both plot driven and character driven, but Runner does this and more' Nelson DeMille

'I'm going to sue Patrick Lee for giving me whiplash: that's how furiously paced this book is. A terrific cast of characters, unrelenting action - strap in and enjoy the ride' Jesse Kellerman

'A thriller done right. It literally begs to be read in one sitting . . . Patrick Lee is the real deal' Steve Berry

Everything Will Be All Right