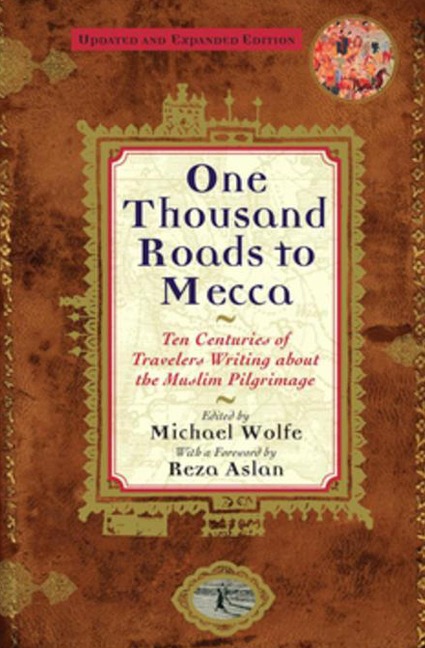 One Thousand Roads to Mecca

Ten Centuries of Travelers Writing about the Muslim Pilgrimage

"Wolfe does an exemplary job of detailing the ceremonies performed at Mecca and the reasons behind them . . . Highly recommended." -Library Journal, starred review

This updated and expanded edition of One Thousand Roads to Mecca collects significant works by observant travel writers from the East and West over the last ten centuries-including two new contemporary narratives-creating a comprehensive, multifaceted literary portrait of the enduring tradition. Since its inception in the seventh century, the pilgrimage to Mecca has been the central theme in a large body of Islamic travel literature. Beginning with the European Renaissance, it has also been the subject for a handful of adventurous writers from the West who, through conversion or connivance, managed to slip inside the walls of a city forbidden to non-Muslims. These very different literary traditions form distinct impressions of a spirited conversation in which Mecca is the common destination and Islam the common subject of inquiry.

Along with an introduction by Reza Aslan, featured writers include Ibn Battuta, J. L. Burckhardt, Sir Richard Burton, the Begum of Bhopal, John F. Keane, Winifred Stegar, Muhammad Asad, Lady Evelyn Cobbald, Jalal Al-e Ahmad, and Malcolm X. One Thousand Roads to Mecca is a historically, geographically, and ethnically diverse collection of travel writing that adds substantially to the literature of Islam and the West.

"Serves as an excellent introduction to a religion, people, culture, and philosophy." -Santa Cruz Sentinel

Michael Wolfe is the author of eleven books of poetry, fiction, and travel, including The Hadj: An American's Pilgrimage to Mecca. For 15 years he was the publisher of Tombouctou Books. He is currently Co-Executive Producer and President of Unity Productions Foundation, a nonprofit media company that produces documentary films for television.