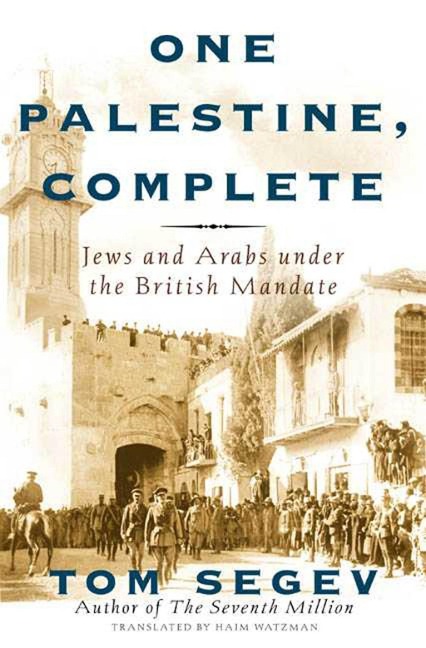 Jews and Arabs Under the British Mandate

Tom Segev's acclaimed works, 1949 and The Seventh Million, overturned accepted views of the history of Israel. Now Segev explores the dramatic period before the creation of the state, when Britain ruled over "one Palestine, complete" (as noted in the receipt signed by the High Commissioner) and when its promise to both Jews and Arabs that they would inherit the land set in motion the conflict that haunts the region to this day.

Drawing on a wealth of untapped archival materials, Segev reconstructs a tumultuous era (1917 to 1948) of limitless possibilities and tragic missteps. He introduces the legendary figures--General Allenby, Lawrence of Arabia, David Ben-Gurion--as well as an array of pioneers, secret agents, diplomats, and fanatics. He tracks the steady advance of Jews and Arabs toward confrontation and with his hallmark originality puts forward a radical new argument: that the British, far from being pro-Arab, as commonly thought, consistently favored the Zionist position, and did so out of the mistaken--and anti-Semitic belief that Jews turned the wheels of history.

Rich in unforgettable characters, sensitive to all perspectives, One Palestine, Complete brilliantly depicts the decline of an empire, the birth of one nation, and the tragedy of another.