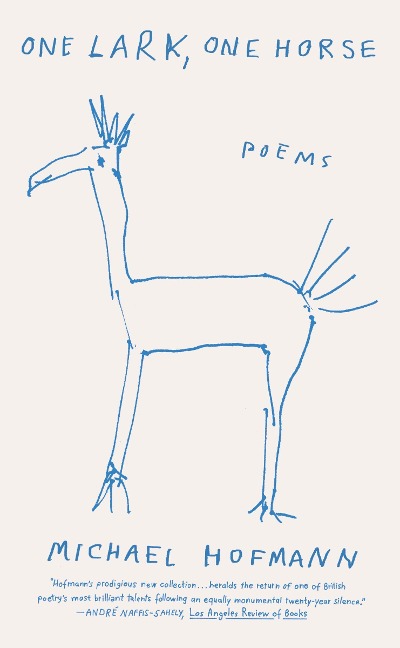 One Lark, One Horse: Poems

Michael Hofmann, renowned as one of our most brilliant critics and translators, is also regarded as among our most respected poets. Hofmann's status-he is the author of "one of the definitive bodies of work of the last half-century" (The Times Literary Supplement)-is all the more impressive for his relatively concentrated output. One Lark, One Horse is his fifth collection of poems since his debut in 1983, and his first since Approximately Nowhere in 1999. It is also one of the most anticipated gatherings of new work in years.

In style, his voice is as unmistakable as ever-sometimes funny, sometimes caustic; world-facing and yet intimate-and this collection shows a bright mind burning fiercely over the European and American imaginations. The poet explores where he finds himself, geographically and in life, treating with wit and compassion such universal themes as aging and memory, place, and the difficult existence of the individual in an ever-bigger and more bestial world.

One Lark, One Horse is a remarkable assemblage of work that will delight loyal readers and enchant new ones with Hofmann's approachable, companionable voice.