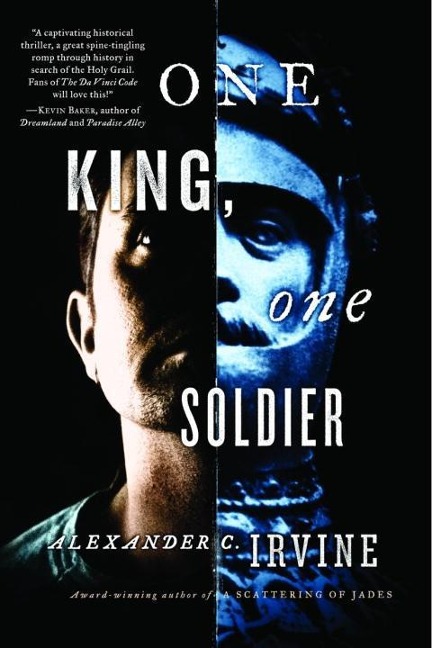 One King, One Soldier

"A captivating historical thriller, a great spine-tingling romp through history in search of the Holy Grail. Fans of The Da Vinci Code will love this!"-Kevin Baker, author of Dreamland and Paradise Alley

At the turn of the twentieth century, a baseball player named George Gibson embarks upon a mystical journey to the Congo. His mission: to shepherd a powerful relic to its home in Abyssinia. But poet-turned-grail seeker Arthur Rimbaud is after what Gibson possesses-as others before him have been for millennia.

A half century later, after receiving an honorable discharge from the Korean War, twenty-year-old Lance Porter vows to put his civilian life back together-which means heading to commie-infested Berkeley to see his high school sweetheart, Ellie. But after Lance gets cold feet, he encounters instead a drunk, gay poet named Jack Spicer, who spews crazy stories about Lance being the Fisher King. It appears that the bearing of the grail has been bequeathed to young Lance, much to his shock and disbelief. Can a legacy born in the deserts of Ethiopia truly be reemerging in the bohemian bars of New York City and San Francisco? And is a vet with a lost soul really worthy of its care?

Alexander C. Irvine has breathed a refreshing burst of air into the Arthurian legend. In One King, One Soldier, ancient characters and Irvine's pitch-perfect historical accuracy merge with a gritty, dark portrait of America in the cold-war '50s. Here, three stories come brilliantly together in an edgy mix of baseball, imperialism, poetry, and grail mythology.