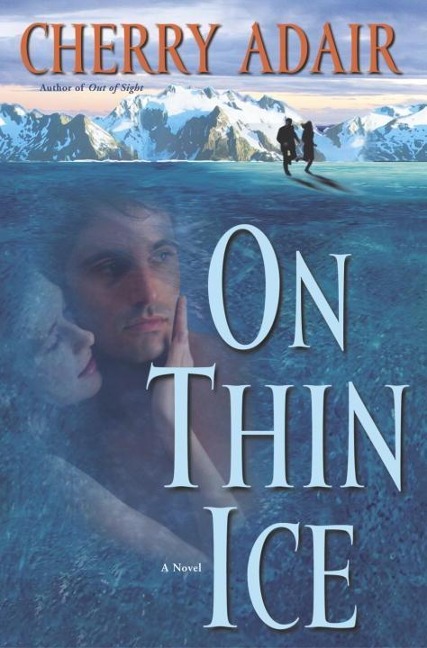 With Kiss and Tell, Cherry Adair wowed readers and set their pulses racing. The breathless, adventure-filled books that followed transformed Adair into one of romantic suspense's brightest stars. No,w in her long-awaited hardcover debut, the award-winning author thrills us with a wild ride through the frozen north, where there are dangers greater than the bitter cold-and passions hot enough to melt ice.

Lily Munroe thought she had married an honest, dependable man, but she was painfully mistaken. It didn't take long for her once-loving husband to become a secretive stranger-mixing with shady people and even shadier dealings. Although Lily nursed him through a sudden terminal illness, her marriage was over long before he passed away. During that difficult time, only her passion for the exhilarating Iditarod race across Alaska gave her something to look forward to-and she channeled her emotions into training dogs for the grueling event. Now single again, she's more determined than ever to win the race, awaken her sense of self, and leave her past behind.

In the competition, the person to beat is two-time winner Derek Wright, a man Lily dubs Mr. Wrong. Extremely sexy and devilishly charming, Derek is the consummate playboy. Or is he? Although Lily can't deny her intense attraction, she believes he is dangerous to her scarred heart. Little does she know that Derek is an elite antiterrorism agent-or how desperately she'll need to depend on his skills to keep her alive once the race is under way.

USA Today bestseller Cherry Adair took nearly ten years to become an overnight success. Before deciding to channel her creativity into writing suspense full-time, Cherry owned an interior design business in the San Francisco Bay area. She now lives in western Washington State, where she dreams up ways to torture her characters to make them find love. Her novel Hide and Seek was voted one of Romance Writers of America's Top Ten Favorite Books for 2001. A multiple RITA finalist, Cherry has won dozens of awards for her action-adventure novels.