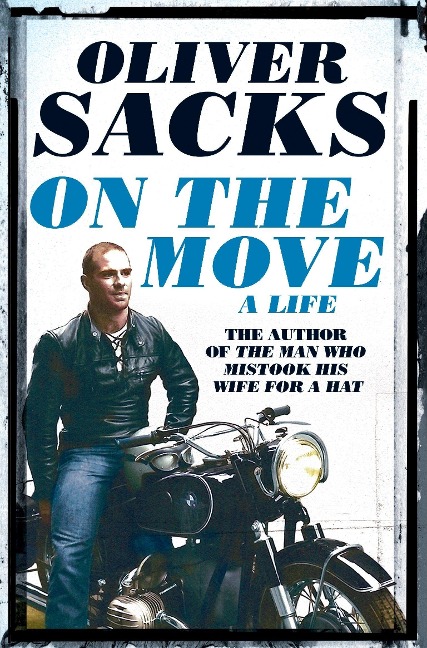 When Oliver Sacks was twelve years old, a perceptive schoolmaster wrote: 'Sacks will go far, if he does not go too far'. It is now abundantly clear that Sacks has never stopped going. With unbridled honesty and humour, Sacks writes about the passions that have driven his life - from motorcycles and weight lifting to neurology and poetry. He writes about his love affairs, both romantic and intellectual; his guilt over leaving his family to come to America; his bond with his schizophrenic brother; and the writers and scientists - W. H. Auden, Gerald M. Edelman, Francis Crick - who have influenced his work. On the Move is the story of a brilliantly unconventional physician and writer, a man who has illuminated the many ways that the brain makes us human.

'Deeply moving . . . a gift to his readers - of erudition, sympathy and an abiding understanding of the joys, trials and consolations of the human condition' New York Times

'Coursing through On the Move is his constant sense of joy in the natural world, in scientific epiphanies, and people in all their oddity . . . one of the most singular and inspiring men of our time' Independent

Oliver Sacks was born in 1933 in London and was educated at Queen's College, Oxford. He completed his medical training at San Francisco's Mount Zion Hospital and at UCLA before moving to New York, where he soon encountered the patients whom he would write about in his book Awakenings.

Dr Sacks spent almost fifty years working as a neurologist and wrote many books, including The Man Who Mistook His Wife for a Hat, Musicophilia, and Hallucinations, about the strange neurological predicaments and conditions of his patients. The New York Times referred to him as 'the poet laureate of medicine', and over the years he received many awards, including honours from the Guggenheim Foundation, the National Science Foundation, the American Academy of Arts and Letters, and the Royal College of Physicians. In 2008, he was appointed Commander of the British Empire. His memoir, On the Move, was published shortly before his death in August 2015.

Everything in Its Place

An Anthropologist on Mars

On the Move: A Life