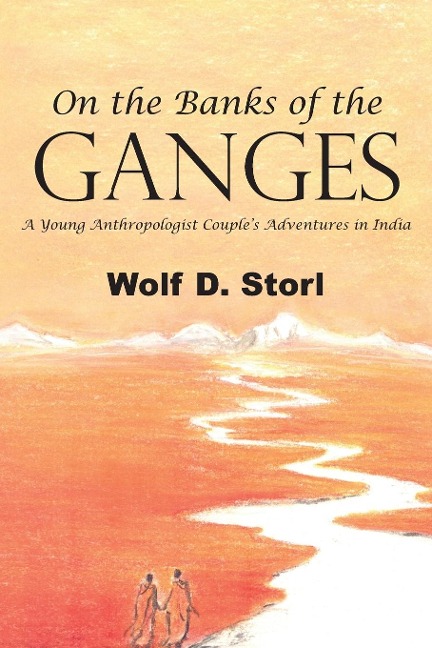 On the Banks of the Ganges

Join anthropologist John and his wife, Cindy, as they spend nine months in Varanasi, India, in the early 1980s and accompany them on their adventure of discovering the world of Hinduism (specifically Shaivism). While telling their story, the author also expounds extensively on Hinduism as he has come to understand it through the eyes of an interested occidental. Each chapter is enhanced with a tale or two out of traditional Hindu lore. The couple comes out of the experience transformed. They go through severe sickness and one mind-blowing experience after another. Their stay in India turns into a complete personal metamorphosis, which helps them discover their own true nature and a happiness they had not known before.
The reader will see how the young Western couple is seized by Shiva, "the Seizer" (Hara Shiva), enjoy some Indian tales, and delve quite deeply into Hindu philosophy through the author's own eyes and interpretation.
In 2013 Wolf D. Storl returned to India and captured his journey in the film Return to the Ganges. Visit http://www.storl.de/gangesfilm for more information about this film.
"Echoing the voice of the perennial Indian traveler, adventurer and seeker, Wolf Storl's story beautifully weaves together personal and mythic narratives, which ultimately reflect the same eternal human story, the journey toward that ever elusive goal - the soul's true homeland. Like the shamans of old, Storl has traversed the extraordinary worlds, and brought back a treasure for us in the form of this book."

-Aki Cederberg, author of Journeys in the Kali Yuga: A Pilgrimage from Esoteric India to Pagan Europe.
"Written with great sympathy but undiluted by romanticism, Wolf D. Storl's On the Banks of the Ganges follows the path of two Western anthropologists who suddenly find themselves swimming amid the churning spiritual waters of modern India. The result is a 'seeker's journey' that casts a deep, extended gaze into a head-spinning yet often healing-and occasionally harrowing-polytheistic melting pot. Through a kaleidoscopic lens of autobiographical experience, folklore, and myth, the Shaivite world especially is revealed here in its multifaceted vibrancy. This world shares ancient roots with the pagan beliefs of Europe, although for the past millennium we, as a culture, have yielded to the simpler and grayer vision of monotheism. Storl's magical mystery tour of a book can help us see the long-lost colors once more."