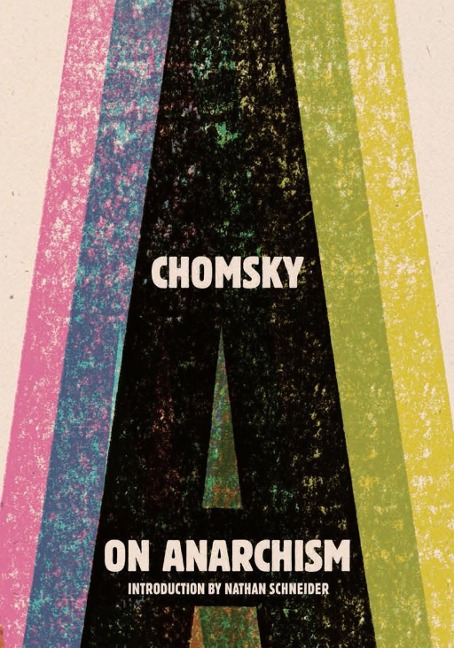 The essential primer to the political theory of the thinker the New York Times deemed "arguably the most important intellectual alive"
Radical linguist, philosopher, and activist Noam Chomsky is one of the world's foremost intellectuals. Known for his brilliant evisceration of American foreign policy, state capitalism, and the mainstream media, he remains a formidable and unapologetic critic of established authority.

On Anarchism sheds a much-needed needed light on the foundations of Chomsky's thought, specifically his constant questioning of the legitimacy of entrenched power. The book gathers his essays and interviews to provide a short, accessible introduction to his distinctively optimistic brand of anarchism. Chomsky eloquently refutes the notion of anarchism as a fixed idea, suggesting that it is part of a living, evolving tradition, and he disputes the traditional fault lines between anarchism and socialism, emphasizing the power of collective, rather than individualist, action.

Including a revealing new interview with Chomsky by well-known writer and blogger Nathan Schneider that assesses Chomsky's writings on anarchism to date, this is a book that is sure to challenge, provoke, and inspire. Profoundly relevant to our times, On Anarchism is a touchstone for political activists and anyone interested in deepening their understanding of anarchism and the man dubbed the "nation's conscience."

Noam Chomsky is Institute Professor (emeritus) in the Department of Linguistics and Philosophy at the Massachusetts Institute of Technology and Laureate Professor of Linguistics and Agnese Nelms Haury Chair in the Program in Environment and Social Justice at the University of Arizona. A world-renowned linguist and political activist, he is the author of numerous books, including On Language: Chomsky's Classic Works Language and Responsibility and Reflections on Language; Understanding Power: The Indispensable Chomsky, edited by Peter R. Mitchell and John Schoeffel; American Power and the New Mandarins; For Reasons of State; Problems of Knowledge and Freedom; Objectivity and Liberal Scholarship; Towards a New Cold War: U.S. Foreign Policy from Vietnam to Reagan; The Essential Chomsky (edited by Anthony Arnove); and (with Michel Foucault) The Chomsky-Foucault Debate. He lives in Tucson, Arizona. Nathan Schneider is the author of Thank You, Anarchy: Notes from the Occupy Apocalypse and God in Proof: The Story of a Search from the Ancients to the Internet. He also edits the online publications Waging Nonviolence and Killing the Buddha. He lives in Brooklyn.