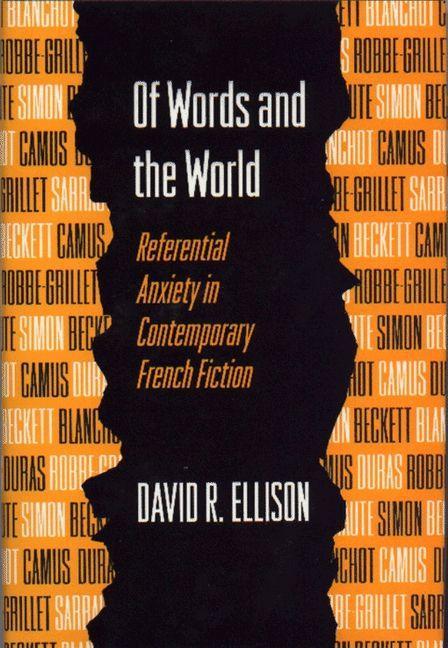 Of Words and the World

Here David Ellison explores the problems encountered by France's best experimental authors writing between 1956 and 1984, when faced with the question: "What should my writing be about?" These years are characterized by the rise of the "new novelists," who questioned the representational function of writing as they created works of imagination that turned in upon themselves and away from exterior reality. It became fashionable at one point to affirm that literature was no longer about the world but uniquely about the words on a page, the signifying surface of the text. Ellison tests this assumption, showing that even in the most seemingly self-referential fictions the words point to the world from which they can never completely separate themselves.

Through close readings Ellison examines the novels and theoretical writings of authors whose works are fundamental to our perception of contemporary French writing and thought: Camus, Robbe-Grillet, Simon, Duras, Sarraute, Blanchot, and Beckett. The result is a new understanding of the link between the referential function of literary language and the problematic of the ethics of fiction.

Note on Texts and Translations

Pt. 2 "Pure Fiction" And the Inevitability of Reference 97

Ch. 6 Beckett and the Ethics of Fabulation 132