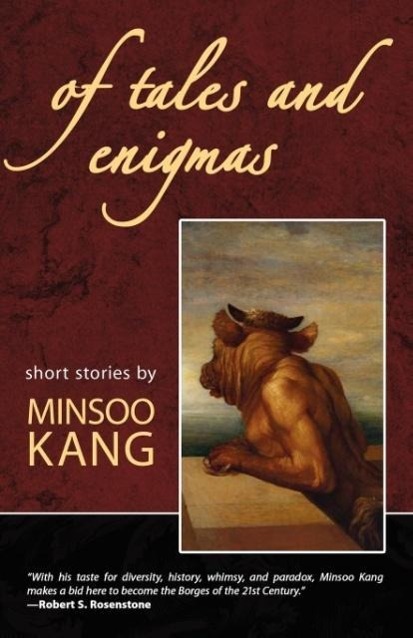 Of Tales and Enigmas

A beautiful lady who can only be seen from far away, a machine that generates an entire civilization, a king who loves the hidden life of an inanimate statue, a city that appears once a year across a great chasm, an ancient Korean king assassinated in the dark of the night, a ghost that haunts soldiers on the DMZ - these are just some of the marvels you will encounter in these stories from the transcultural and metafictional imagination of Minsoo Kang.

In diverse narratives grouped under the titles of Tales from a Lost History, Fables of the Dream World, and Stories from an Imaginary Homeland, Kang explores the nature and possibilities of storytelling itself as he spins out variations on an episodic theme, reinterprets an old myth, and struggles with a past that seeks a voice in the present. The result is a marvelously surrealistic landscape where histories, ideas, and legends freely intermingle and dance to the music of wonder and longing.

Minsoo Kang is the author of Of Tales and Enigmas: Stories and the history book Sublime Dreams of Living Machines: The Automaton in the European Imagination, and translator of the classic Korean novel The Story of Hong Gildong. His fiction has appeared in The Magazine of Fantasy & Science Fiction, Shanghai Steam, and The Year's Best Horror and Fantasy (2007) among others. He is currently an associate professor of history at the University of Missouri - St. Louis.