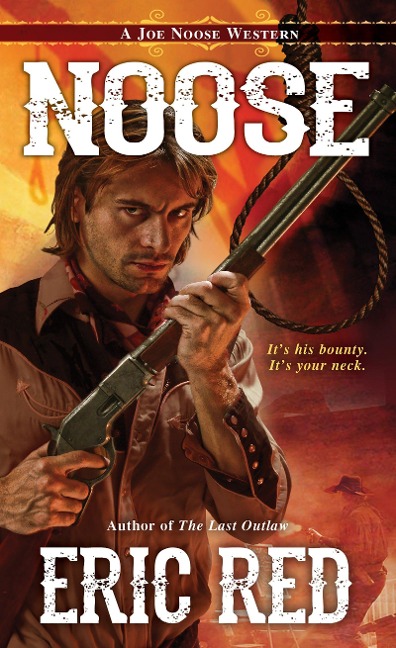 Introducing a bold new Western series from Eric Red, the acclaimed author and writer of such blockbuster films as The Hitcher, Near Dark, and Blue Steel.

In the cutthroat world of bounty hunters, Joe Noose is as honest as they come. Which isn't saying much. Just look at his less-than-honest colleagues. They framed Joe for a murder they committed. They made sure Joe's face wound up on a wanted poster. Now they're gonna hunt Joe down and collect the reward money. There's just one problem: Joe Noose thinks it's his bounty. It's his reward. And it's their funeral . . .

"In the Old West, there are bad guys and even badder guys. But Eric Red's are the biggest baddest of all."-Jack Ketchum, author of Off Season

"Bloody fights, desert vistas (and) a touch of romance make this a fast-paced adventure . . . should appeal to fans."
-Library Journal

Eric Red is a Los Angeles-based novelist, screenwriter, and film director. His films include The Hitcher, Near Dark, Cohen And Tate, Body Parts, and The Last Outlaw. He has written seven novels, including Don't Stand So Close, It Waits Below, White Knuckle, The Guns of Santa Sangre, and The Wolves of El Diablo. Red divides his time between California and Wyoming with his wife and two dogs. Find out more about Eric Red and his books and films on his official website EricRed.com, on Facebook at OfficialEricRed, and on Twitter @ericred.