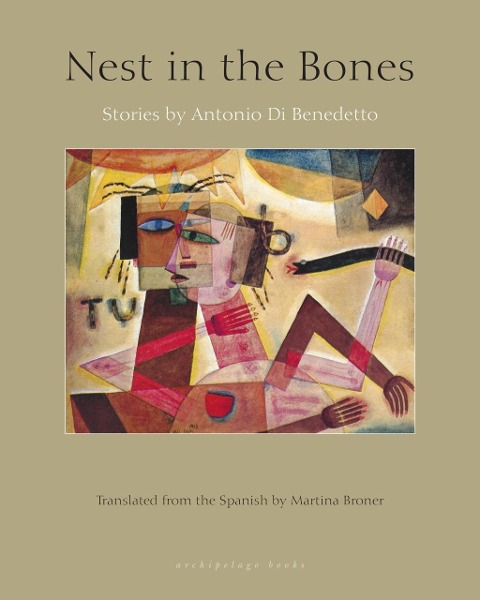 Nest in the Bones

Philosophically engaged and darkly moving, the twenty stories in Nest in the Bones span three decades from Antonio di Benedetto's wildly various career. From his youth in Argentina to his exile in Spain after enduring imprisonment and torture under the military dictatorship during the so-called "dirty war" to his return in the 1980s, Benedetto's kinetic stories move effortlessly between genres, examining civilization's subtle but violent imprint on human consciousness. A late-twentieth century master of the short form and revered by his contemporaries, Nest in the Bones is the first comprehensive volume of Benedetto's stories available in English.

ANTONIO DI BENEDETTO (1922-1986) was an Argentine journalist and author of five novels. Admired by Ricardo Piglia, Julio Cortázar and Roberto Bolaño, who not only referenced Di Benedetto in his work, but also fictionalized his friendship with him in his story, "Sensini." His life was marked by exile, as he had to leave Argentina during the so-called Dirty War. Since his death, his work has garnered much acclaim, and he has come to be recognized as one of the most important Latin American writers of the twentieth century.

About the translator: MARTINA BRONER has previously translated the work of Prince of Asturias Award recipient Antonio Muñoz Molina, including his piece "The Lighthouse at the End of the Hudson," for The Hudson Review. She has published two books of fiction, Abundancia de cielo  (DíazGrey Editores) and El ruido de la fiesta (Mancha de Aceite). She has received the Tribeca Film Institute's Voces award, the Austin Film Festival Award, and the Zaki Gordon Award for Excellence in Screenwriting. Broner holds an M.F.A. in Film from Columbia University and an M.F.A. in Creative Writing in Spanish from NYU. She is currently pursuing the Ph.D. in Hispanic Literature and Culture at Cornell University.