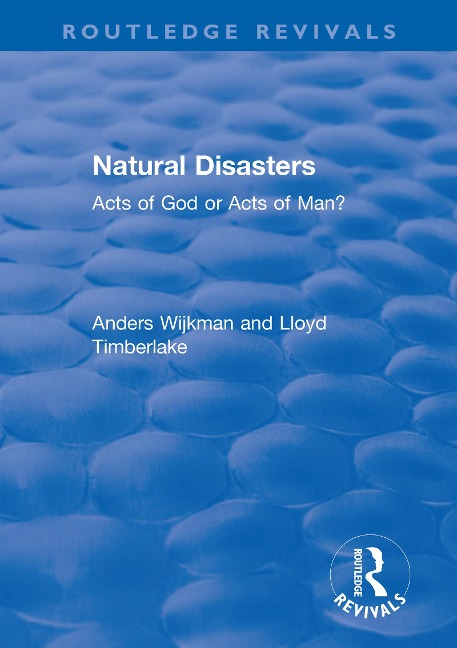 Acts of God or Acts of Man?

Originally published in 1984 Natural Disasters shows how misleading the term "natural disaster" can be. Forces of nature such as earthquakes, cyclones and extreme variations in weather can trigger disasters, but in many Third World countries it is environmental degradation, poverty and rapid population growth which turn a natural hazard into major disaster. This book questions whether the rich nations' usual response to disaster - fast, short-lived emergency assistance - is any longer adequate. Today, most major disasters are "development" gone wrong, development which puts millions of poor people on the margins of existence. Disaster relief alone is like bandaging a rapidly growing wound. The appropriate response must include an element of true development - development which reduces rather than increases vulnerability to disasters.

Introduction: A Question of Balance

1. Forces of Nature, Acts of Man

4. Tropical Cyclones and Other Winds