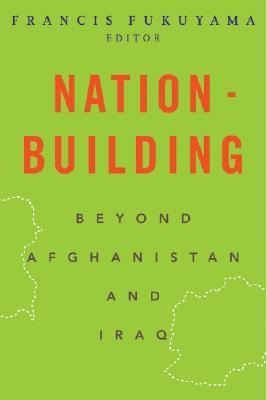 Nation-Building: Beyond Afghanistan and Iraq

Bestselling author Francis Fukuyama brings together esteemed academics, political analysts, and practitioners to reflect on the U.S. experience with nation-building, from its historical underpinnings to its modern-day consequences. The United States has sought on repeated occasions to reconstruct states damaged by conflict, from Reconstruction in the South after the Civil War to Japan and Germany after World War II, to the ongoing rebuilding of Iraq. Despite this rich experience, there has been remarkably little systematic effort to learn lessons on how outside powers can assist in the building of strong and self-sufficient states in post-conflict situations.

The contributors dissect mistakes, false starts, and lessons learned from the cases of Afghanistan and Iraq within the broader context of reconstruction efforts in other parts of the world, including Latin America, Japan, and the Balkans. Examining the contrasting models in Afghanistan and Iraq, they highlight the Coalition Provisional Authority in Iraq as a cautionary example of inadequate planning.

The need for post-conflict reconstruction will not cease with the end of the Afghanistan and Iraq missions. This timely volume offers the critical reflection and evaluation necessary to avoid repeating costly mistakes in the future.