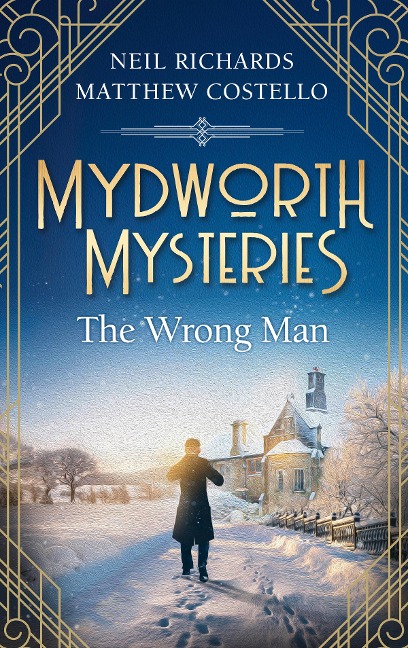 From the authors of the best-selling series CHERRINGHAM

When young Ben Carter is found murdered in an alleyway one snowy night in Mydworth, all the evidence points to his best pal, Oliver. And though Oliver swears he is innocent, judge and jury are quick to convict the young man. But at the eleventh hour, Harry and Kat become involved, and aren't convinced. With just days left before Oliver is to hang for the crime, they investigate. With the clock ticking can they find the real culprit in time ... to save a life?

Co-authors Neil Richards (based in the UK) and Matthew Costello (based in the US), have been writing together since the mid-90s, creating innovative content and working on major projects for the BBC, Disney Channel, Sony, ABC, Eidos, and Nintendo to name but a few. Their transatlantic collaboration has underpinned scores of TV drama scripts, computer games, radio shows, and the best-selling mystery series Cherringham. Their latest series project is called Mydworth Mysteries.