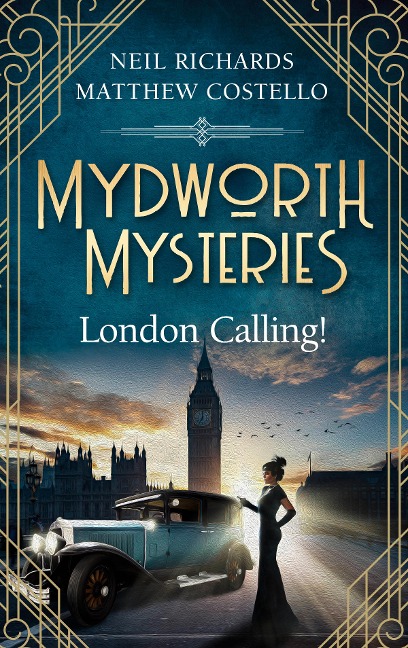 From the authors of the best-selling series CHERRINGHAM

When a prominent family's daughter flees sleepy Sussex to seek a career on the stages of a glittering West End, Harry and Kat are asked to check in on the young woman. But the two of them soon discover that there is a much bigger danger to the woman and her family than mere acting dreams being crushed.

Co-authors Neil Richards (based in the UK) and Matthew Costello (based in the US), have been writing together since the mid-90s, creating innovative content and working on major projects for the BBC, Disney Channel, Sony, ABC, Eidos, and Nintendo to name but a few. Their transatlantic collaboration has underpinned scores of TV drama scripts, computer games, radio shows, and the best-selling mystery series Cherringham. Their latest series project is called Mydworth Mysteries.