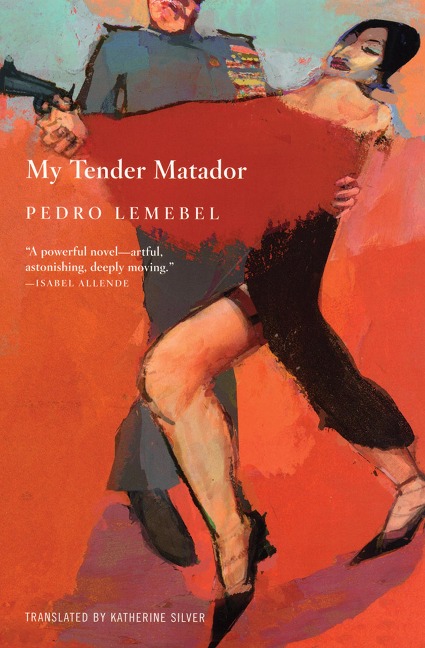 As Chile descends into chaos, two disparate souls begin "an odd-couple romance, in the tradition of Kiss of the Spider Woman or The Crying Game" (Kirkus Reviews).

It is the spring of 1986, and Chilean dictator Augusto Pinochet is losing his grip on power. In one of Santiago's many poor neighborhoods, a man known as the Queen of the Corner embroiders linens for the wealthy. A hopeless and lonely romantic, he listens to boleros to drown out the gunshots.

Then he meets Carlos, a young, handsome man who befriends the aging homosexual and uses his house to store mysterious boxes and hold clandestine meetings. And as the relationship between these two very different men blossoms, they find themselves caught in a revolution that could doom them both.

By turns funny and profoundly moving, Pedro Lemebel's lyrical prose offers an intimate window into the mind of Pinochet himself as the world of Carlos and the Queen prepares to collide with the dictator's own in "a wonderful snapshot of this period of Chile's history . . . A touching tale of love and danger" (Booklist).

Pedro Lemebel was born in Santiago de Chile in the 50s. His literary work ranges from short stories to political manifestos, autobiography to social chronicle. In 1999 he obtained a Guggenheim grant to compile stories of homosexuality in Chile. Some of his pieces have been published in Grand Street.