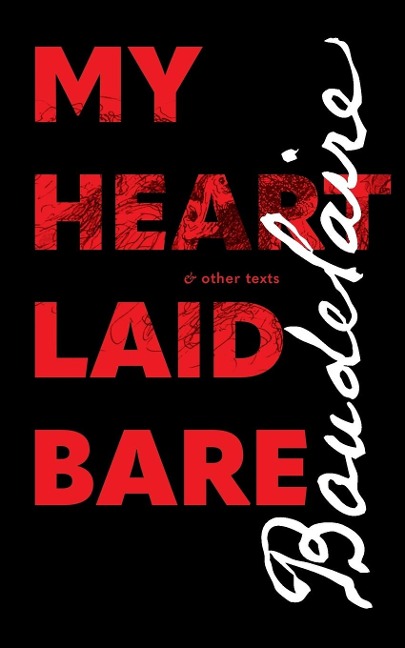 In My Heart Laid Bare, an apodictic work of aphorism, maxim, note, and extended reflection, we encounter a fierce dandy who revolts against utilitarianism: to be useful, Baudelaire gibes, is to be hideous. Yet, contrarily, it is not dissolution that this poète maudit praises or celebrates. Although he rejects Progress, he prizes what he calls true progress, for him moral, the work of the individual alone. The dandy is not disaffected, but a rigorous spectator that burrows into the heart of reality itself; situated at the center of the world, yet hidden from it, this incognito figure tears back the flesh of humanity like a devilish surgeon. Through this act of absorption, observation, and analysis, like Rimbaud's Supreme Scientist, Baudelaire's dandy acquires "a subtle understanding of the entire moral mechanism of this world." Here we have the poet as philosopher king and transvaluator of values; here we have the disciplined flâneur. Baudelaire the keen symptomatologist who escapes "the nightmare of Time" via Pleasure or Work. If Pleasure is consumptive for him, Work is fortifying, that is, not the work of a profession, - curséd thing, - but the work of poiesis. A kind of poetic Marcus Aurelius forging his inner citadel, Baudelaire's dandy-flâneur does not retreat into a monastic cell, but situates himself amidst society: poet as vast mirror, poet as thinking kaleidoscope. To Nietzsche, My Heart Laid Bare contains "invaluable psychological observations relating to decadence of the kind in which Schopenhauer's and Byron's case has been burned."

Reflecting on the conceivable potency of his proposed book when writing to his mother, Baudelaire avowed that in it he would accumulate all his rage. "Ah!" he exulted, "if ever that sees the light of day, J-J's Confessions will seem pale." This poète maudit does not however offer us a heart laid bare in terms of some quotidian, memoir-like spewing of his bios; rather, it is the baring of l'esprit, a crystallization of his mind, hence the most genuine revelation of his self. In this unfinished but dense, pressurized, and magnetic work of chaotic enumeration, we have Baudelaire's meditations.

Also included in this volume are other texts of Baudelaire's such as the Consoling Maxims on Love, the equally burning Flares, his notes for a projected magazine, The Philosopher Owl, and select pieces from his cahiers as well as an introduction by the translator.

Rainer J. Hanshe is the author of The Acolytes (2010), The Abdication (2012), and Shattering the Muses (2017). He is the editor of Richard Foreman's Plays with Films (2013) and Wordsworth's Fragments (2014). His second novel, The Abdication, has been translated into Slovakian (2015), Italian (2016), and Turkish (2017). Other work of his has appeared in Sinn und Form, Jelenkor, ChrisMarker.org, Asymptote, Quarterly Conversation, Black Sun Lit, and elsewhere. Hanshe is currently working on two novels, Humanimality, and Now, Wonder.