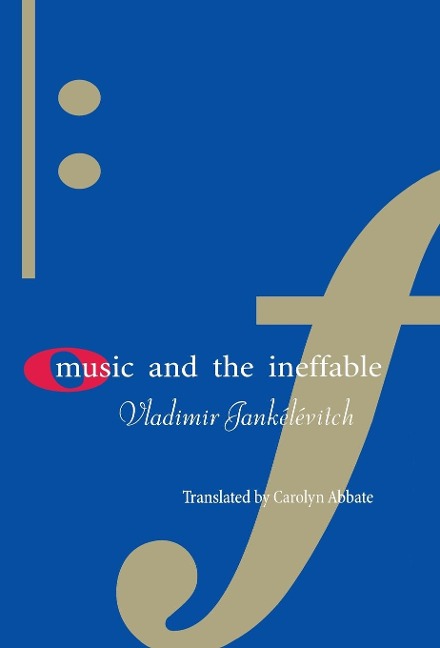 Music and the Ineffable

Vladimir Jankélévitch left behind a remarkable ?uvre steeped as much in philosophy as in music. His writings on moral quandaries reflect a lifelong devotion to music and performance, and, as a counterpoint, he wrote on music aesthetics and on modernist composers such as Fauré, Debussy, and Ravel. Music and the Ineffable brings together these two threads, the philosophical and the musical, as an extraordinary quintessence of his thought. Jankélévitch deals with classical issues in the philosophy of music, including metaphysics and ontology. These are a point of departure for a sustained examination and dismantling of the idea of musical hermeneutics in its conventional sense.

Music, Jankélévitch argues, is not a hieroglyph, not a language or sign system; nor does it express emotions, depict landscapes or cultures, or narrate. On the other hand, music cannot be imprisoned within the icy, morbid notion of pure structure or autonomous discourse. Yet if musical works are not a cipher awaiting the decoder, music is nonetheless entwined with human experience, and with the physical, material reality of music in performance. Music is "ineffable," as Jankélévitch puts it, because it cannot be pinned down, and has a capacity to engender limitless resonance in several domains. Jankélévitch's singular work on music was central to such figures as Roland Barthes and Catherine Clément, and the complex textures and rhythms of his lyrical prose sound a unique note, until recently seldom heard outside the francophone world.