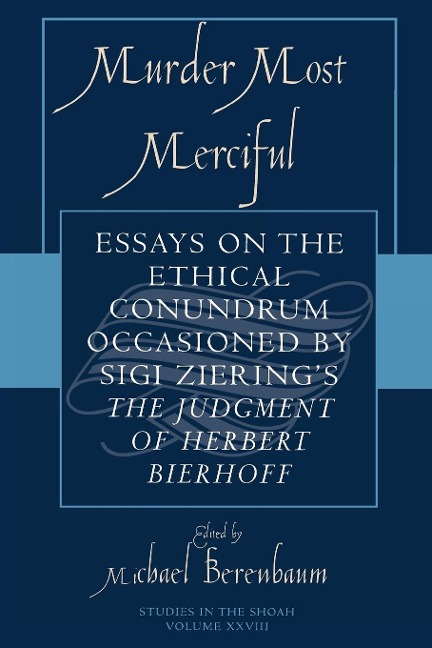 Murder Most Merciful is a collection of insightful essays that consider Sigi Ziering's play, The Judgment of Herbert Bierhoff. Commentary from the book's diverse contributors, including Holocaust survivors, scholars, rabbis, philosophers, and historians, result in an insightful and provocative moral and theological exchange. Murder Most Merciful will stimulate further debate on the crucial issues of martyrdom, euthanasia, and the guilt of the innocent. The book appears in the Studies in the Shoah series as volume 28.