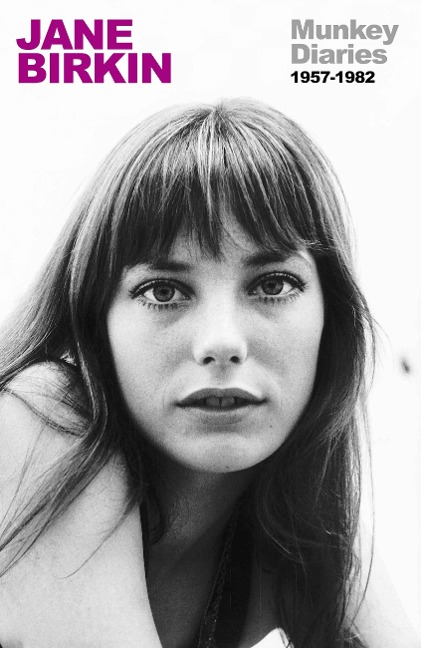 Jane Birkin - actor, singer, songwriter and model - attained international fame with her decade-long musical and personal relationship with Serge Gainsbourg, which featured their internationally controversial hit song 'Je t'aime...moi no plus'. She has also enjoyed a notable career as an actress in British and French cinema, including Blow-Up, Death on the Nile and Evil Under the Sun. And then there is the Birkin bag...

Throughout these years Jane has been keeping a diary:

"I've been keeping a journal since I was eleven, writing it to my confidante, the stuffed monkey won in a tombola: Munkey. He has slept by my side, shared my life with John, Serge, Jacques, and been witness to every joy and sadness. Before my children arrived wreaking havoc on my life, I left Munkey in Serge's arms, in the casket where he lay, like a pharaoh. My monkey, protecting him in the after-life.
As I re-read my journals, it seems obvious to me that we don't change. What I was twelve years old, I am today. Newspapers are obviously unfair, giving different versions of everything, but here, there is only my version. On principle, I haven't changed anything, and believe me, looking back, I would have preferred to have wiser reactions than I did . . ."

We thought we knew nearly everything about Jane Birkin. Her book not only re-creates the flamboyant era of Swinging London and Saint-Germain-des-Prés in the 1970s, it also lets us into the everyday life of an exceptional woman.