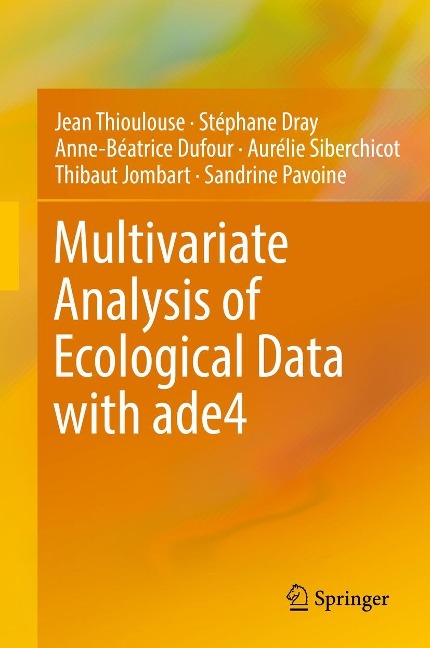 This book introduces the ade4 package for R which provides multivariate methods for the analysis of ecological data. It is implemented around the mathematical concept of the duality diagram, and provides a unified framework for multivariate analysis. The authors offer a detailed presentation of the theoretical framework of the duality diagram and also of its application to real-world ecological problems. These two goals may seem contradictory, as they concern two separate groups of scientists, namely statisticians and ecologists. However, statistical ecology has become a scientific discipline of its own, and the good use of multivariate data analysis methods by ecologists implies a fair knowledge of the mathematical properties of these methods.

The organization of the book is based on ecological questions, but these questions correspond to particular classes of data analysis methods. The first chapters present both usual and multiway data analysis methods. Further chapters are dedicated for example to the analysis of spatial data, of phylogenetic structures, and of biodiversity patterns. One chapter deals with multivariate data analysis graphs.In each chapter, the basic mathematical definitions of the methods and the outputs of the R functions available in ade4 are detailed in two different boxes. The text of the book itself can be read independently from these boxes. Thus the book offers the opportunity to find information about the ecological situation from which a question raises alongside the mathematical properties of methods that can be applied to answer this question, as well as the details of software outputs. Each example and all the graphs in this book come with executable R code.
E-Book 11/2018

Don't Look Now And Other Stories

The Intervention of a Good Man

The Book of Soul